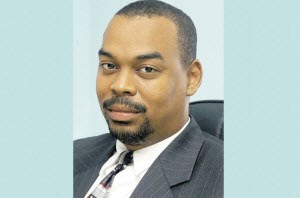 MAYBERRY Investments Ltd acquired 20 per cent of Lasco Financial Services (LASF) in a series of transactions yesterday that upped its holding to some $314 million in value.

“It offers a great growth potential,” stated Gary Peart, Mayberry chief executive officer, in a phone interview with the Jamaica Observer on the deal.

The deal increased Mayberry’s shares from “2.3 million” to 245.6 million or 20 per cent of the total shares in issue.

“The company purchased the shares at various prices but the majority at $1.28,” Peart added about the stock which closed down two cents to $1.28.

“In Lascelles Chin and LASF, we’ve identified a partner that shares not only our core values, but also our strong work ethic and commitment to unlocking the financial potential of businesses,” according to Peart in a release, which added that he will join the LASF board of directors along with Mayberry Executive Chairman Christopher Berry.

Peart avoided revealing the seller of the shares. However, Lascelles Chin, chairman of the Lasco-affiliated companies, holds a combined 79.8 per cent including 30.8 per cent directly and an additional 49 per cent through an entity East West St Lucia Ltd. The second-largest shareholder was Wayne M Chin at 1.39 per cent as at the latest top-ten shareholder listing posted on the Jamaica Stock Exchange.

“We are delighted to be partnering with Mayberry, a formidable company in the financial industry. They have an excellent track record in helping companies develop to their maximum potential, and we expect no less from them with this partnership. This is one of the many exciting reasons for this partnership,” stated Lascelles Chin in a release which welcomed the partnership with Mayberry.

LASF started operations in 2004 as a licensed cambio service provider and remittance service provider. The company, which is managed by Jacinth Hall-Tracey, has now expanded its suite of offerings to include loans, bill payments and courier services. It was recently recognised as the MoneyGram Agent of the Year for the Caribbean.

Mayberry, a full-service financial advisory and brokerage firm, posted a net profit of $726 million for its 2014 financial year. The company’s offerings include asset management, stocks and bonds trading, cambio and investment banking services.