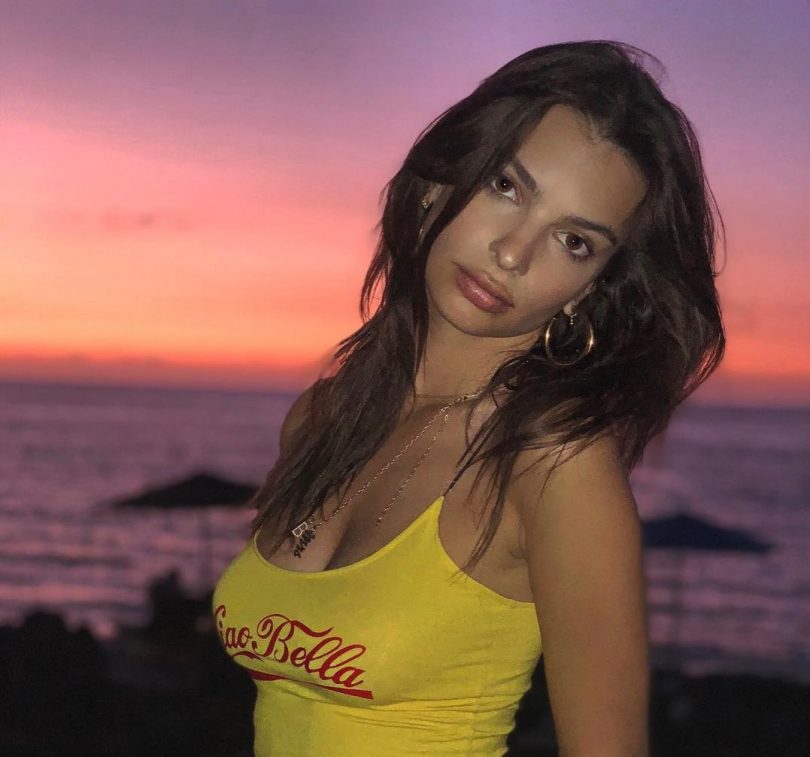 Model and designer Emily Ratajkowski shared her recent visit to Jamaica and the Rockhouse Hotel with her 17 million Instagram fans. She made the trip with her new husband Sebastian Bear-McClard. The two were married in February 2018 in a surprise wedding at New York City Hall after just a few weeks of dating. The pair also brought along a few of their friends, including director Josh Safdie.

Her Instagrams followed the group as they totally embraced the Jamaican lifestyle, enjoying some of the island’s decriminalized marijuana along the way. They lounged on a boat with Red Stripe beer and dressed in traditional Rastafarian colors. Ratajkowski also shared a photograph of her Jamaican villa, as she was apparently staying in one of the premium rooms at the Rockhouse Hotel.

The venue is located on a cliff and features a private wrap-around terrace that offers views of Pristine Cove. The other 34 rooms of the Design Hotels’ Rockhouse also offer total luxury and are built from local timber, stone, and thatch. The eight-acre site was originally developed in 1972 as one of the first on the West End of Negril. The Rockhouse has won numerous travel awards, which note its cliff-side spa treatment rooms, spa pavilion, and a bathing pavilion that overlooks the Caribbean Sea. Many water activities are available and have been enjoyed by its famous guests.

Ratajkowski managed to mix business with pleasure during her Jamaican visit, using her time to promote her swimsuit brand, Inamorata Swim, which she introduced in November of 2017. She wore her own bikini brand frequently and shared photos on Instagram.

The Rockhouse is accustomed to hosting famous guests dating back to the 70s when Bob Dylan, the Rolling Stones, and Bob Marley all stayed there. Some of the more recent guests include actor Jude Law, former US President Barack Obama who had a friendly kite-surfing competition with Richard Branson when he visited here, the UK’s royal couple Prince Harry and fiancé Meghan Markle. and fashion designer Nanette Lepore.