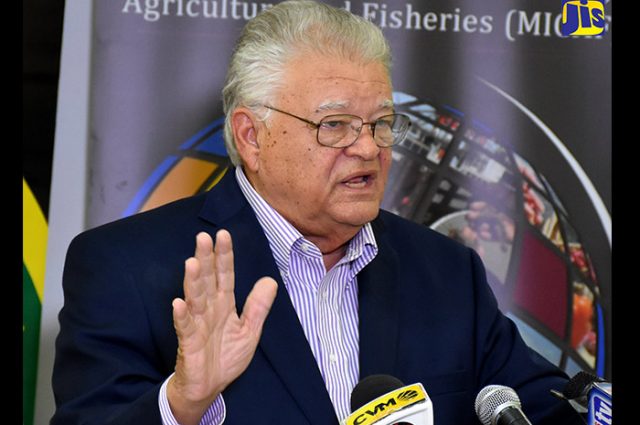 Minister of Industry, Commerce, Agriculture and Fisheries, Hon. Karl Samuda, says there is no evidence of plastic in the samples of rice tested by the Bureau of Standards Jamaica (BSJ).

“The BSJ was provided with samples… and, so far, I can assure the people of Jamaica that there is absolutely no evidence of any contamination of plastic within the samples tested,” he said.

The Minister sought to clear the air on the issue, in light of reports of plastic or fake rice entering the local market.

He said more samples will be taken from across the country, with those samples being tested to ensure that the Jamaican people are protected.

Mr. Samuda also informed that rice originating from Guyana and Suriname will be cleared today into the marketplace.

“The reason for this is very simple. Guyana and Suriname are considered to be a part of our domestic market. They are members of CARICOM and we have never had incidents of any kind of contamination or otherwise. So, there is no justifiable reason for us to hold those shipments of rice,” he explained.

He added that the BSJ has been asked to conduct islandwide investigations into the source of all rice now in supermarkets.

Meanwhile, Mr. Samuda said importers have been importing rice from sections of the Far East and this has caused great concern based on information reaching Customs and the Ministry.

“In three instances, we have been advised of fake labelling and we are in the process now of confirming the allegations. We have to be very certain of the source of food that enters this country,” he said.

Bulk rice imported into the country is monitored for compliance to the mandatory standard for rice – JS CRS 44: 2013 Jamaican Standard Specification for Rice.

Under this standard, tests are done for broken grains and moisture and, to date, all samples tested have been compliant with the standard.