Opening Soon - ‘HE SAID, SHE SAID’ A Relationship Revue - Jamaicans.com 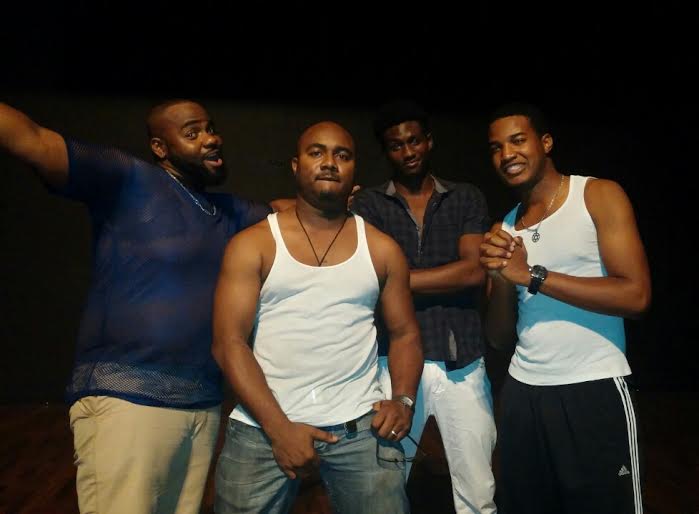 What do men want, versus what women really want? Are all things fair and equal in the world of romance and relationships? Can physical pleasure ever be enough for some people? And are we surrounded by or obsessed with too much sex? These are some of the questions humorously interrogated in ‘HE SAID, SHE SAID’ the brand new theatrical revue that is set to hit the stage in March. From the prolific production house of Ellis International, the makers of the Ity & Fancy Cat Show, this fresh new comedy comprises of a dynamic team of new talent working along with some of Jamaica’s finest theatre veterans, He Said, She Said is slated to open Friday March 4 for a limited run at the Courtleigh Auditorium in New Kingston.

‘He Said, She Said will feature the acting talent of experienced thespians Karen Harriot, Keniesha Bowes, Kathy Grant, Lakiesha Ellison, Chrystal Cole and Tesfa Edwards. The show also introduces some exciting new actors to the Jamaican stage in the persons of Matthew Boyd, Jakeme Clarke and Gemmar McFarlane.  The show is created and directed by Owen Blakka Ellis with contributions from a variety of writers including Tony Hendriks, Joan Andrea Hutchinson, Shanan Mullings and Chrystal Cole.  An innovative and provocative comedy revue that focuses on man/woman relationships, the production presents a collection of hilarious skits, songs and parodies depicting a range of scenarios and situations that explore some common perceptions, touchy taboos and humorous contradictions around gender, love, sex and sexuality.

Rounding off the blend of cross-generational talent behind the exciting new production is the experienced and prolific multi Actor Boy Award winner Michael Lorde as set designer, with dynamic and exceptional dancer Amanyea Stines in charge of choreography. Musical composition/arrangement is the result of creative efforts initiated by versatile actor/musician and minister of religion Winston ‘Bello’ Bello and completed by veteran pannist/bass player and band leader Aston ‘Robot’ Ellis. Tickets for the March 4 premiere of ‘HE SAID, SHE SAID’ are now on sale at selected outlets and patrons may call 754-6262 for more details as well as for information on group rates and benefit performances. The production is rated ‘M’ for mature. 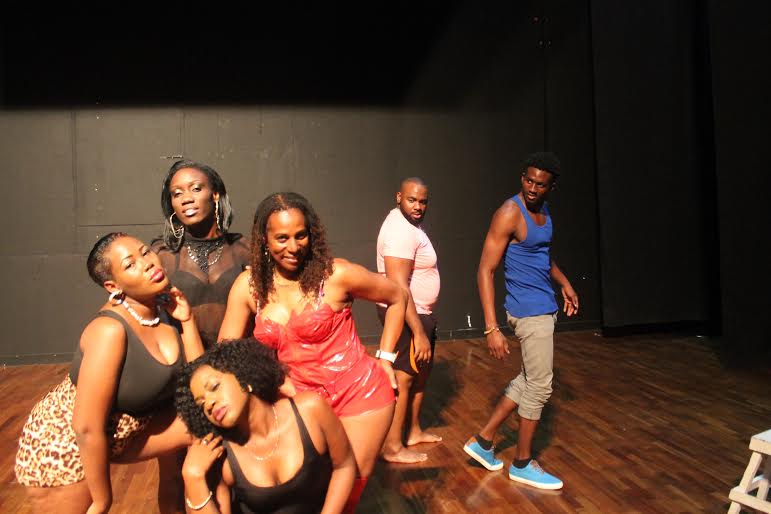 Gemmar McFarlane and Matthew Boyd are overcome by the appearances of Chrystal Cole, Lakeisha Ellison, Kenisha Bowes and Karen Harriott in a scene from the up-coming comedy play He Said She Said, opening on March 4 at the Courtleigh Auditorium.

The Men of the hilarious comedy revue, He Said She Said hol’ a reasoning on manly issues L-R are Jakeme Clarke, Matthew Boyd, Tesfa Edwards and Gemmar McFarlane
Rate this post