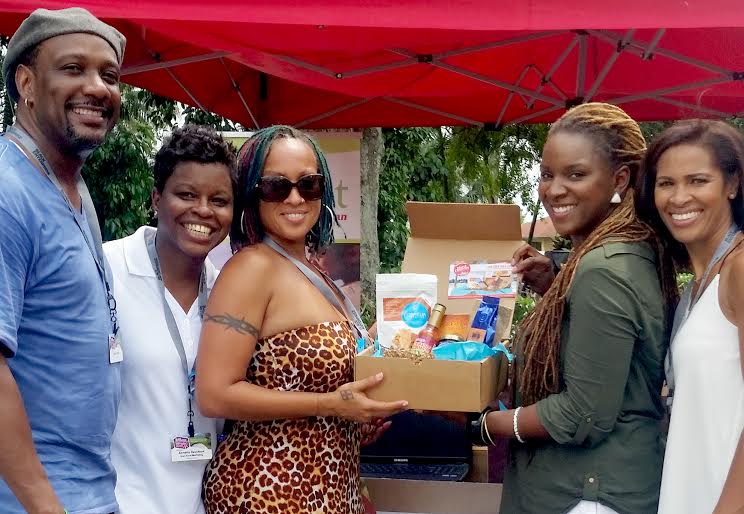 Imagine diving headfirst into a box full of decadent island indulgence that’s been delivered right to your door. That’s what the producers of public television’s Caribbean cooking series Taste the Islands have made possible with their newest product The Island Discovery Box. The increasingly sought-after, limited time offering is a curated selection of gourmet Caribbean-inspired food products that includes a combination of delectable snacks, sauces and drink products in signature island flavors. Boxes ship for free throughout the continental United States from October 15th through the end of 2015.

The Island Discovery Box has already caught the attention of national media outlets including American Public Television and Jamaican Eats magazine, and it is the ideal holiday gift for anyone who dreams of an idyllic Caribbean getaway including clients, staff, friends, family, that special foodie in your life or yourself.

Inside the holiday themed collection you’ll find Jamaica Blue Mountain Coffee Blend,a delectable Butter Rum Cake, exotic Jamaican Sorrel Chutney, spicy Pineapple Pepper Sauce from Tobago, and a Coconut Ginger flavored brittle. Those who have the pleasure of sampling the collection will find only natural ingredients listed on the contents. The food products featured include no artificial additives or preservatives.

The Island Discovery Box was inspired by nationally broadcast Caribbean cooking series Taste the Islands which showcases traditional and gourmet Caribbean cuisine. The show’s creator Blondie Ras Productions partnered with gourmet food specialists Icon Food Marketing to create the box. Their aim is to give the audience a real world taste of the flavors they enjoy watching on the television show. The second season of the series is now in production and will be available nationwide via Create TV and PBS stations starting in April 2016.