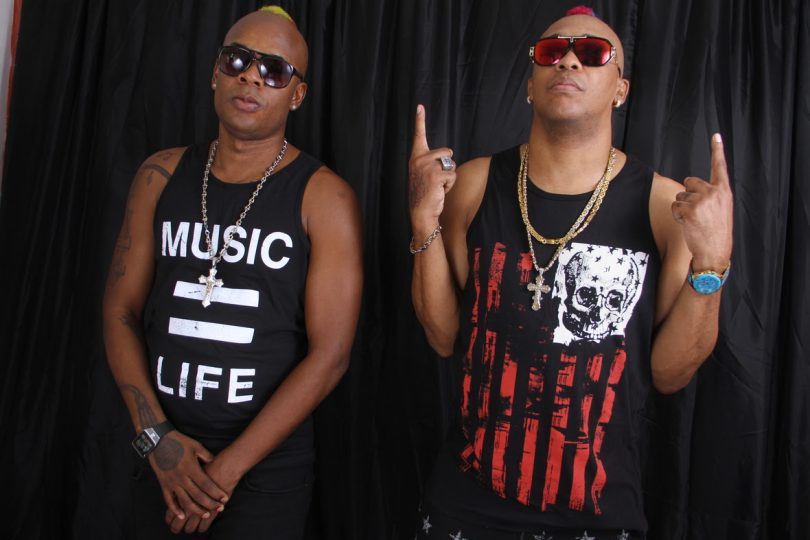 Dynamic Dancehall Duo, RDX, are elated that their first single released from their 10th anniversary album ‘Level Up’ has topped the Hapilos Digital chart just a few weeks after its official release.

The single ‘Shake Your Bam Bam’ is inspired by global reggae hit Bam Bam, popularized by Sister Nancy and is considered slower than many RDX tracks, the duo was able to blend seamlessly the old and new dancehall sound in a way relating to the ladies directly, which makes this song very interesting, both to listen to and to dance to.

“I feel great knowing the song just started being promoted about two weeks ago so it’s a huge success for us. Being in the top spot on Hapilos’ Chart means we are the most sold single out of all the songs in Jamaica this week. It’s unexplainable!” Delomar noted

The success of the single is a major move towards the evolution of the RDX sound over their 10 year journey as a successful dancehall duo, The entire ‘Level Up’ album will show what RDX believes they have learnt from and about their fans, themselves, about Dancehall in general and how the world receives it; the Shake Your Bam Bam” single leading the pack.

“It’s an overwhelming feeling to see the reception of the single, it’s leading like no other RDX song ever did. The song was done with a twist and has really been successful so far and I’m happy for that,” Renigade added

RDX will be focusing on ‘Shake Your Bam Bam’ as it has the potential to be the global summer anthem, they are also giving some energy to their skankers anthem ‘Walk’ with Cojo Hotfoot that is heating up in the streets now.