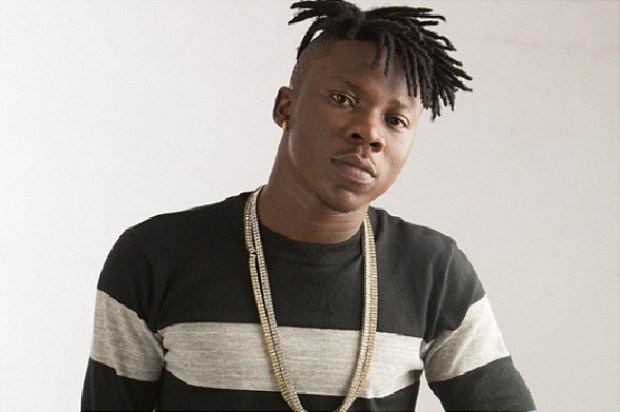 In a recent interview with The Cable Lifestyle newspaper, Ghananian Reggae/Dancehall artist Stonebwoy declared that Reggae doesn’t belong to any Caribbean society from its core and that it belongs to Africans. It is not the first time that a “big-name” African artiste has made this claim. In 1992, the late South African Reggae artiste, Lucky Dube,  reportedly claimed that people would say reggae is Jamaican, but that is not true. It has only been popularized in Jamaica, but it is not Jamaican as such. Reggae is everywhere, but its roots are in Africa.

TAKING PRIDE IN OUR CULTURAL INFLUENCE
It is one thing that these privileged individuals would make such a claim, after all, it is their opinion. It is quite another matter when others, especially Jamaicans are prepared to give credence to such rubbish. Such uninformed views flies in the face of the fact that Jamaica sits proudly among the company of a handful of countries that are the most culturally influential in the world. Central to this is the fact Jamaica with a population of less than three million people has contributed at least seven genres of music to the world. This makes the island a global cultural powerhouse and provides every Jamaican with a reason to walk with our heads held high and our chests protruding with pride, especially when they hear a sliver of the island’s music.

SHAPING OUR MUSICAL CULTURAL INFLUENCE
It is generally accepted that music is a continuum moving across cultures. As it moves it absorbs elements from each of the spaces through which it passes. The practitioners in each of those spaces’ overlays that music with the experiences that are germane to that location. At its earliest, Jamaican music would have been that of the indigenous Arawaks who occupied the island before the Portuguese and the Spanish set foot in the 15th century. The Africans came in the late 16th century, as did the British who conquered the island in 1665. All these people brought with them, elements of their own cultures creating a melting-pot of influences that survived into the post slavery period. By the time recorded music came into existence around 1888, the seeds of Jamaica’s own music would have been germinating.

In Jamaica, the earliest recording of music started in 1951 and the music that was being recorded was a French/Spanish influenced Mento drawn from the Spanish occupation and tinged with the Haitian Creole stylings. While the instrumental accompaniments were primarily acoustic the instruments were largely handmade. The Banjo, Rhumba-box, Shakers, the Flute, or bamboo fife. Most of these instruments came with the colonists. The shipped Africans created their instruments in enslavement and yes, much of the African heritage that travelled to the island melded with the other influences that helped to shape Jamaica’s cultural identity, including the music.

THE BIRTHING OF REGGAE MUSIC
In the late 1940s the music that Jamaicans were listening to was imported via shortwave radio- American Jazz, Blues complemented homegrown Mento. What we know as Reggae music came into existence in and around 1968, drawn largely from the Ska beat which was influenced by the American Jazz and R&B, and the American R&B influenced Rock-Steady. Reggae itself is not simply a sound, but the stories of a struggling people who found solace in putting their stories to music. Therefore, Reggae grew on a global scale in the way it did because for the first time, underprivileged people in Jamaica had a voice, and that voice was Reggae. It was a voice that disregarded every attempt by the authorities to suppress it. It was the voice of our youth, and it would escape the confines of our shores, permeate the borders of the United Kingdom, The USA, and Europe where its power was recognized as it spoke to the dispossessed everywhere.

SALUTE TO THE EARLY CREATORS
Nobody told the likes of Jimmy Cliff, Slim Smith or Alton Ellis, Prince Buster, Delroy Wilson, Toots, Marley, Hopeton Lewis, Dobby Dobson, Horace Andy, Leroy Sibbles, or Peter Tosh how to sing and to build a chune. Their lives depended on their abilities to dig into themselves and to create a sound, to coin lyrics and to create what is now a global phenomenon that started in Greenwich Farm, Trench Town, Orange Street and Brentford Road. In their zest to give it an identity the creators called it Reggae, a play on the Jamaica adjective “streggae” which was the Jamaican vernacular for a loose woman/girl. Under the hands of the likes of Clement Sir Coxsone Dodd and his Sound Dimension Band with the great Jackie Mittoo, Bunny Lee, Lee Scratch Perry, Prince Buster, Leslie Kong at Beverleys Records, and Joseph Hoo Kim at Channel One Studio, this Reggae music was nurtured and through the legions of trying Jamaicans who crowded makeshift audition centers this Reggae music having tasted life in 1968 became our own.

REGGAE JOURNEYS TO AFRICA
Reggae music was introduced into Africa in the 1970s and 1980s, complements of Jamaican singers such as Bob Marley, Jimmy Cliff, and Peter Tosh as they toured the world apace. This Reggae music was well-received all around the world, but in Africa, it was spectacular and was well-received by the people. Since then, Reggae music has become a household genre and many artists started venturing into the genre. But the first-ever hit reggae song by an African was Sunny Okosun’s Fire in Soweto which was released in 1978. Many other bands followed suit, and in no time, reggae became one of Africa’s most popular musical genres in the late 1970s. It would suit not only the Ghanian Stoneboy, but also the legions of uninformed Jamaicans to learn this history before they buy into this uneducated talk of Reggae and African roots. It should not be so easy for a people to disown such an important element of their culture and in effect pander to views expressed by people who are similarly uninformed.

The fact is that Reggae and Dancehall music are two of Jamaica’s most precious gems, and the strength and value of these genres are such that they have now recolonized Africa. Smart thinkers should now be looking at how the country can mine the fullest benefits of these treasures from its cultural arsenal.