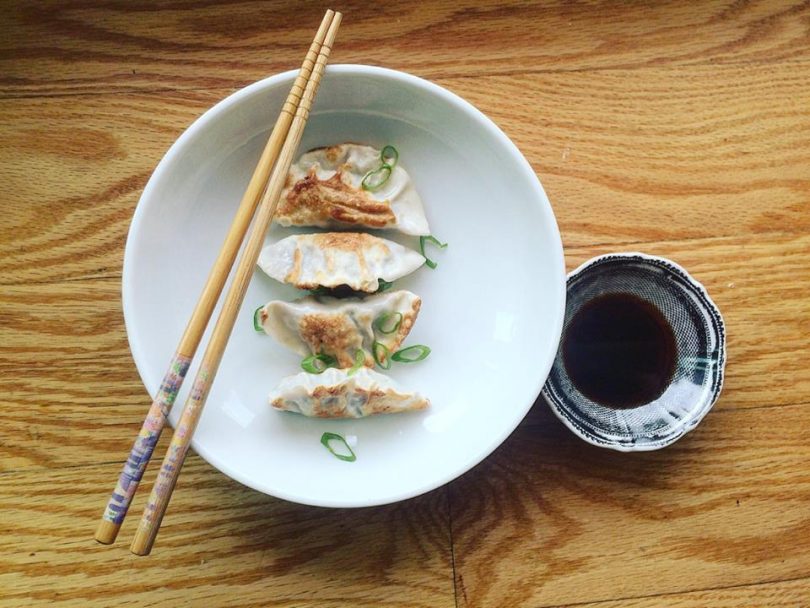 Destination Dumplings, owned by Chef Tristan Chin-Fatt and Deon Whiskey, has been named by Gothamist as one of the 15 Best Dumpling Spots in NYC. The friends have been serving up dumplings at Smorgasburg, street corners and food festivals throughout the city, with Chin-Fatt utilizing his Chinese-Jamaican heritage to create a unique spin on the house specialty.

The restaurant was launched as a way to showcase a modern approach to dumplings and feature food from Chin-Fatt’s culture and his wife’s. The handmade, pan-fried dumplings have captured the hearts of New York foodies with crossover favorites and the restaurant has been featured in a multitude of broadcast and print media outlets and social media platforms.

The cuisine is as diverse as the restaurant’s owners. They infuse traditional dumplings with flavors that combine cultures of countries around the world while presenting them in unique ways. Some of the delicacies include jerk chicken with pineapple salsa, Vietnamese spring rolls with rice vermicelli noodles, and lamb gyros stuffed with yuzu tzatziki sauce.

Destination Dumplings’ founders have a unique connection. Both were born in Flushing, NY in 1984. The lifelong friends also married women that were best friends. Before opening their own eatery, the duo had more than 20 years combined experience managing restaurants that include Caffe Storico, El Vez, Morimoto, Tavern on the Green, and Time Square’s Snackbox.

Dumplings have a history that spans nearly 2,000 years and Destination Dumplings are taking the traditional cuisine known around the world and steering it in new and flavorful directions. The restauranteurs also offer catering services and has served happy clients at events ranging from electronic musical festivals, recreational cycling tours, and hot sauce expos, and will be at the World’s Fare that commemorates the 1964 World’s Fair.