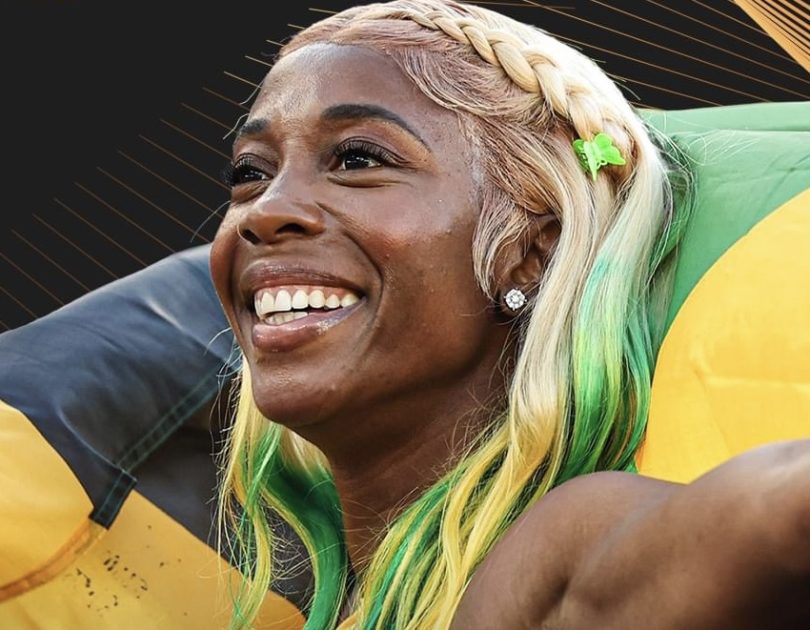 Jamaican 100-meter sprint champion and three-time Olympic champion, Shelly-Ann Fraser-Pryce has been nominated to receive the title of Female Athlete of the Year for 2022 by World Athletics. The Olympian was among the five finalists announced by World Athletics on November 14, 2022. Fraser-Pryce, 35, won her fifth world 100-meter title during the 2022 season with exceptional finishing times. She also won World silver medals in the 200-meter and 4×100-meter relay events.

Fraser-Pryce’s competition for the Female Athlete of the Year title includes world-record holder Sydney McLaughlin-Levrone, the Olympic and World 400-meter hurdles champion from the United States; Robi Amusan the World 100-meter hurdles champion and world-record holder from Nigeria; Yulimar Rojas of Venezuela, who is the World and Olympic triple-jump champion; and Kimberly Garcia of Peru, the World 20K Walk champion.

Fraser-Pryce previously won the title of Female Athlete of the Year in 2013. A win in 2022 would admit her to the company of former Olympic champions that include Russia’s Yelena Isinbayeva and Sanya Richards-Ross and Marion Jones of the United States, both of whom won the award several times. Isinbayeva has won it three times, but no athlete representing Jamaica has ever won the title more than once.

According to Brigitte Foster-Hylton, a former World 100-meter hurdles champion, Fraser-Pryce has a good chance of winning the title for her “body of work” in which she was almost unstoppable during the 2022 season. Fraser-Pryce was dominant in the 100-meter event during the season. Foster-Hylton added that whichever one of the women nominated wins, will deserve the award.

In her most recent season, Fraser-Pryce finished the 100-meter distance in under 10.7 seconds seven times. This includes the 10.67-second record time she achieved at the World Championships in Eugene, Oregon.

The list of the final five candidates for the title followed the completion of the voting process,, which ended on October 3, 2022. Fans turned in their votes online through the social media platforms of World Athletics. The platforms boast some 1.3 million users. Voting by fans represented one-quarter of the total votes. The World Athletics Council votes represent 50 percent of the total, while the World Athletics Family accounts for the remaining 25 percent.

The winner of the title of Female Athlete of the Year for 2022 will be announced at the World Athletic Awards ceremony on December 5, 2022.