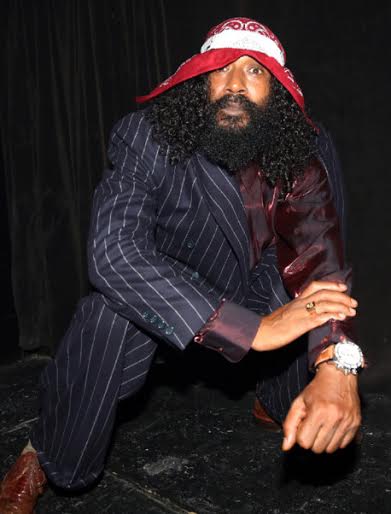 Dancehall DJ Super ‘Don Dadda’ Cat, considered one of the greatest deejays of all times is set to deliver his first New York area outdoor music festival performance in over 15 years. The ‘Don Dadda’ will headline the 3rd annual Oracabessa Festival on Memorial Monday May 30, 2016 at Roy Wilkins Park in Queens, NY. The announcement was made by radio jocks Dubb Master Chris and DJ Roy of Irie Jam Radio, WVIP, 93.5FM.

Super Cat, who was christened William Anthony Maragh, achieved international fame in the late 1980s with hits songs “Cry Fi De Youth and “Boops” which sparked a slew of ‘sugar daddy’ songs. The hit parade continued in the 90s with “Don Dada”, “Ghetto Red Hot” and stateside hit “Dem No Worry We” which featured Jamaican born US rapper Heavy D.

After being signed to a major label deal with Columbia Records, Super Cat was featured on a 1992 remix of US hit single “Jump” with Kris Kross. He collaborated with the duo again in 1993 for their song “It’s Alright” which earned him the titled “Dancehall Artist of the Year” by hip-hop Source Magazine. He also collaborated on the 1993 hit single “Dolly My Bady” with The Notorious B.I.G., featuring Mary J. Blige and Puff Daddy.

Super Cat is currently being managed by legendary artiste manager and super producer Robert Livingston, who shaped his career locally and internationally, guiding him to much of his musical success over the years.

“Super Cat rarely performs in the tri-state area these day. In fact I could say he has not performed at an outdoor music festival here in the last 15-20 years” Louie Grant, Executive VP of Irie Jam Media said.

“When he accepted our invitation for this year’s Oracabessa Festival, we were over the moon and so were the thousands of listeners who tuned in to the announcement on Irie Jam Radio. The reality is with so many of our top reggae acts either in jail or unable to travel because of visa restrictions, having a Super Cat on the lineup is very, very important for us and all the Jamaicans living in the New York Diaspora. Super Cat is a great performer and we know he will deliver a strong perform on Memorial Monday” Grant said.