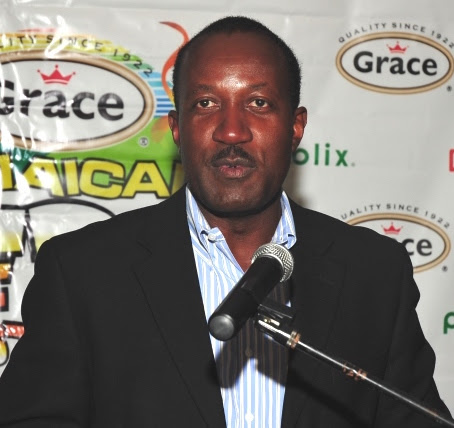 In 2015, the series became the first Jamaican-produced and Jamaican-hosted series on national public television in the US. Entering its second season and underwritten by Grace Foods, “Taste the Islands” will premiere on national lifestyle channel Create® TV and on independent PBS stations around the country beginning this June, in line with Caribbean American Heritage Month. Fans of Caribbean cuisine can find out where to watch locally, as well as discover recipes, see behind the scenes images and more on the show’s website.

Derrick Reckord, SVP Commercial Operations, GraceKennedy Foods (USA) LLC says of the program: “Caribbean food has very wide appeal within the diaspora and among foodies with distinguishing tastes across North America. We are very happy that we can showcase on national public television the very best of Caribbean Food and Culture to a wider audience. This is an excellent opportunity to educate the market in the US on the many wonderful dishes that Caribbean people and visitors to the islands have enjoyed over the years using our high quality and great tasting Grace Products. By using our simple recipes and guidance from the Taste the Island Team, the exquisite tastes and flavors can be recreated in everyone’s kitchen.”

“Taste the Islands” is a half-hour cooking series featuring delightfully exotic, deliciously accessible Caribbean fare. The eight part second season includes segments with one or both chefs creating island-themed dishes, and travel elements with stories from Barbados, Jamaica and Haiti. The family friendly program presents an opportunity for viewers to learn about the food and culture of the Caribbean.

“This project has truly become a labor of love for our team at Blondie Ras Productions, and a mark of pride for the Caribbean American community”, said Executive Producer Calibe Thompson. “Grace Foods is the perfect partner for the show. We’ve worked closely with them before on other television projects, and we’re ecstatic that they’ve recognized our growth and come on board with us for “Taste the Islands” as well.”

Public television viewers can once again expect to be taken on a culinary journey through the islands in each episode.