The Fatherless Can Become Empowered Fathers 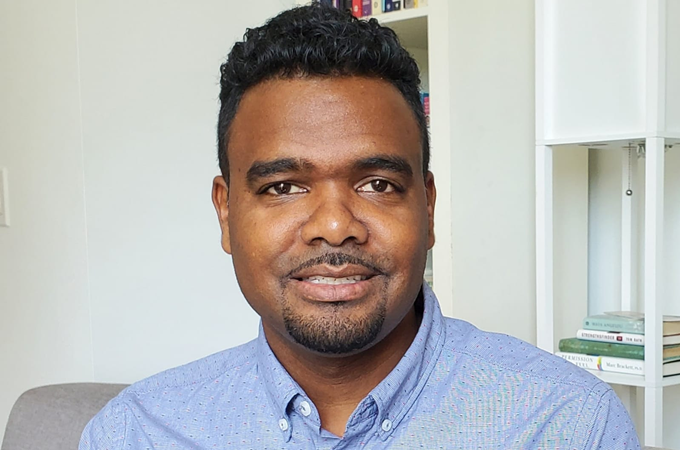 My name is Dwayne Dyce but I wasn’t supposed to be “Dyce.” My twin brother and I would have had the family name, Ramdeen had our father been a part of our lives, however, he refused. I’ve since been driven to find out where I was from and why I was fatherless.

Today, I hold two master’s degrees and a doctorate in education, during which time I accumulated over 15 years of classroom experience teaching math and science in Jamaica and the United States. Over the years, I have mentored a multitude of students and fellow educators and I have given motivational talks throughout Jamaica and abroad on topics such as education leadership, innovative mindset, and community partnerships. I am a published author, and I assumed the distinguished position as chairman of the Jamaica Diaspora Education Task Force in the Jamaica Diaspora Taskforce Action Network.  This role paved the way for me to further my service to the Jamaican international community for which I am supporting thousands of educators in Jamaica and around the world with professional development and other support.  I also have a beautiful 7-year-old daughter to whom I am completely devoted and who loves math and science as much as I do.

However, this story is not about my present, it is about my past. My quest to learn about myself, started when I was about 10 years old and has led me to become who I am, today.  My twin brother and I were born in Jubilee Hospital in Kingston in the early 1980s.  We were then brought to the small farming town of Murray Mountain in St. Ann, where we grew up with our grandparents. Since our mother was only nineteen years old, our grandparents took us in when we were about 3 weeks old. At about 9 years old, I began wondering about my background because no one in our community looked like us.  It was apparent that we were mixed with Indian and Black but we did not know where the Indian features came from.  Stories from my grandparents gave me some details that piqued my interest even more.

So, at 10 years old, the search for my identity started to take hold of my thoughts and I began to ask my mother and grandparents questions about my origin.  My grandparents are my mother’s parents.  My mother is of Black and Chinese descent because my grandmother is Black, and my grandfather is Chinese and Black.  I spent a lot of time in my youth helping both of them take care of their farm: planting and harvesting crops; feeding the chickens, goats, pigs, and cows; and keeping our little home tidy.  My grandmother introduced us to our Catholic faith and instilled in us the value of a good education.  God and Education were the most talked about topics in our family and so these values are the cornerstone of every decision I have made about how to live my life.

While I did have my grandfather as a man I could learn from, I still felt the emptiness caused by not having a biological father.  Having a father gives you a shared identity and I knew it was an Indian identity that I knew nothing about.  So, I continued to ask about him.  I was told that my father was in Kingston, but the information was vague.  We were given the family name of a man that we did not resemble.  He was my sister’s father and was obviously not of Indian descent. This only made us even more curious.  So, we persisted with our questions.  The only person who was willing to talk candidly to us was our grandmother, but she did not know anything about our father.  So, I started the historical search from my mother’s side of the family, since that was the only side of my history that I had access to, at the time.  I sat down with my grandparents and got a comprehensive genealogy lesson from them.

Then, I went to Brown’s Town, St. Ann to further my search.  I traced my mother’s lineage through her mother (my grandmother) back to the enslaved people in Clarks Town, Trelawny.  Then, I traced my mother’s lineage through her father (my grandfather) back to a Chinese man who came from China.  Finding more about my history on my mother’s side was very enlightening in the search for my identity because I came to value my ethnic background and appreciated their unique history and talents.  However, the problem remained when it came to learning about the Indian heritage on my father’s side of the family.  Since my grandparents could not provide any answers, our search was left cold for another 7 years.

Our focus shifted to working in the Church: helping the priests with the celebration of Mass; giving communion to sick people in several communities, and doing youth activities with the Church.  I went to school sometimes without lunch and I went bare-foot throughout Primary school.  When we did not have money for bus fare, we borrowed money from our neighbors.  We depended on a few car and bus drivers willing to offer us a lift to school to spare us the 7-mile walk.

The Catholic Church played a pivotal role in my high school years.  I met Archbishop Emeritus Charles Dufour after he became bishop of the Roman Catholic Diocese of Montego Bay.  Archbishop Charles started the Good Shepherd Foundation, which had a program to assist young people to go to school.  Many young people were recipients of consistent financial help by this foundation throughout high school. Archbishop Charles became our father figure and a spiritual guide in my life.

A couple of weeks before turning 20 years old, I finally learned my biological father’s name from my mother.  By this time, I graduated from Aabuthnott Gallimore High school and Brown’s Town Community College.  I was preparing to go to the Catholic college of Mandeville. I used my biological father’s name to trace my paternal lineage back to my grandfather, from India.  I learned that my grandfather came to Jamaica as an indentured laborer. That summer, now knowing who our biological father was and where to find him, my brother and I made a trip to Kingston to meet him.  The visit was short but eye-opening and it left me feeling numb.  There are no words to describe the feeling of finally looking at someone who looked just like us.  He proceeded to argue with my mother asking her why she brought us there to him.  We tried to engage him in a friendly conversation, but he was very uneasy.  It seemed he did not rehearse for his immediate reaction to one day meeting his twin sons.  Regardless, we asked him if he was our father and he responded, “Yes, but what does that have to do with anything, now?”  We asked him if he cared about us. He told us that it wasn’t necessary at the present moment because “Unhu ah big man now!”  My brother asked him if he knew what it was like growing up without a father, without knowing him.  He gave us a dismissive smile and said we were doing well.  At the end of our encounter, we had to demand to take some pictures with him and to get his cellphone number in order to stay in touch.  Our father was not interested because he did not return calls, we made to reach him.

The search was over.   I was resigned to the satisfaction of knowing who I was and where I was from since we could not make him want us.  Consequently, I turned my focus to developing myself by becoming a teacher, working with the Catholic Diocese of Montego Bay, and creating a balanced life. My brother and I had achieved so much already in our lives and the worst had passed long ago.

My journey to knowing my father, despite all of the intrigue and hurdles, never impeded my resolve to be the very best father I could ever be to my child. My daughter accompanies me to all the talks that I do, we go out on dinner dates, watch all of the princess movies together and we spend time on the phone two times per day when she is not with me.  She knows that I love her and want her to be the best version of herself every day. My daughter knows that I will never allow her to grow up without her father.

Looking back, I appreciate my journey to finding out who I am.  It provided me with a foundation on which to know who it was that I wanted to be.  While I endured through poverty, I was dearly loved and supported by my grandparents and the many wonderful people I met through the Church and school.  Throughout all of this, I have never changed my focus, to become better than my parents.  I am now giving talks to young people about the struggles of not having a father or a responsible adult in their lives to hold firm to their passion.  The struggles are real and unseen.  Fatherless youth most times suffer in silence.  They are robbed of identity and a balance in the home.  Lucky for me I had a few people I could turn to and cry on their shoulders.  Lucky for me I had my brother.  Lucky for me I made the right kind of sacrifices. However, without my grandparents and Archbishop Charles Dufour, and a few other people, I have no idea where I would be.

As a leader in the Jamaica Diaspora Education Task Force, I am bringing this issue of fatherlessness to the forefront because it is a massive problem.  It is a personal goal of mine to empower fatherless youth to know that it is ok to share their story openly and without shame.  I want others in similar situations to know they are not alone and that they should work hard, identify a purpose for their lives, and to never ever give up.

About the Author
Dr. Dwayne Dyce is originally from St. Ann, he currently works as a teacher in Washington, DC. He is also a published author, a motivational speaker and the Chair of the Jamaica Diaspora Education Taskforce (JDETF.)