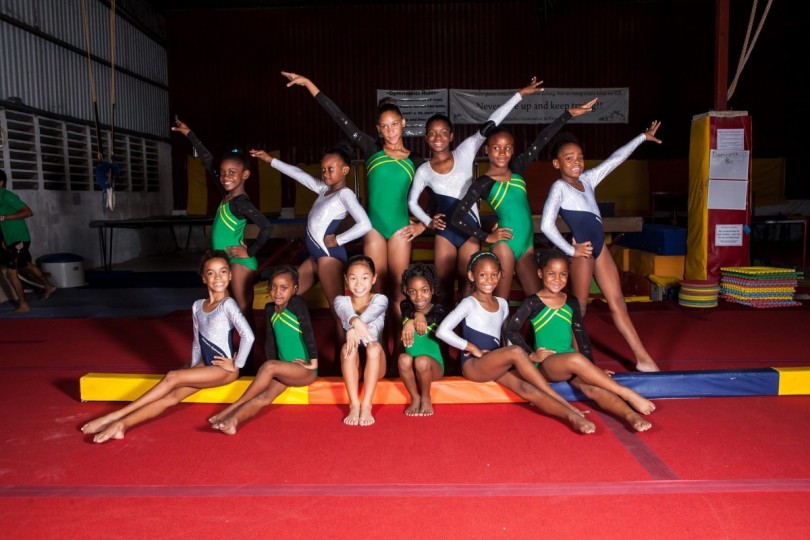 The Jamaica National Gymnastics team will journey to Virginia to compete at the G-Force Gymnastics Annual Caribbean Fest. The junior team, which has 27 members in Levels 1 to 7, will participate in the competition on February 27, 2016. The team topped the Caribbean Gymnastics Championships (CGC) in November of 2015, but this will be the first time that they have competed outside of the Caribbean region. Two senior members of the national men’s team will also leave for the U.S. with the junior team. Jamin Levy and Daniel Williams are scheduled to take part in a month-long camp at the same gym. Nadine Whyte and Sin Nishida, the team’s coaches, will lead the Jamaican delegation together with Nicole Grant-Brown, the president of the Jamaica Amateur Gymnastic Association (JAGA). Jamaica has two gymnasts currently based overseas, Toni-Ann Williams and Caleb Faulk-Fischle, who are competing at a test event for the Olympics in Rio de Janeiro in Brazil. They hope to qualify for places at the international games, which will be held in August 2016.