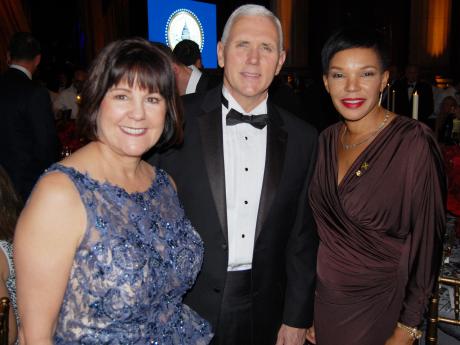 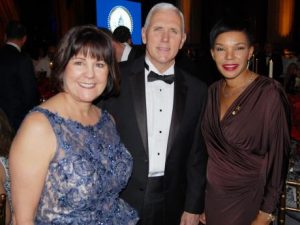 Audrey Marks, Jamaica’s Ambassador to the United States, met the Vice President-Elect Mike Pence and his wife Karen at the Chairman’s Global Dinner and Diplomatic Ball. The event was held to honor US President-Elect Donald Trump and the Vice President on January 16, 2017. Pence expressed love for the island and people of Jamaica and said he hoped to be able to visit the country. The Ball was attended by nearly 1,500 diplomatic corps members and other dignitaries. Ambassador Marks will represent Jamaica at the inauguration of the President and Vice President on Friday, January 20, 2017, at the US State Capitol. Marks will also be representing Jamaica at additional planned inauguration events scheduled over the weekend.