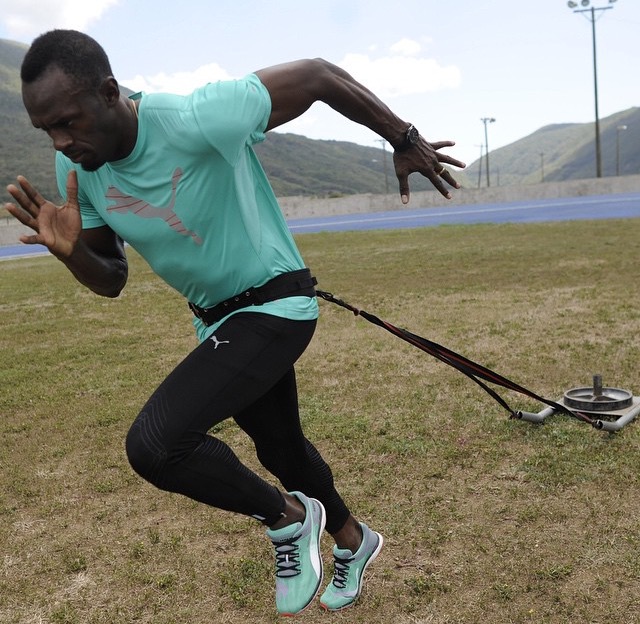 In an interview with Reuters this week Usain Bolt says he is not yet quiet ready to duel Justin Gatlin in the 100 metre but is looking forward to silencing the cocky American in Beijing at the world championships in August. Bolt has limited his races this season as he recovers from an injury-disrupted 2014 while Gatlin has been declaring that he is the “man to beat”.  Here are some quotes from Usain Bolt at the interview held on Thursday ahead of the adidas Grand Prix at Randall’s Island,  New York which will be on June 13, 2015.

“Gatlin has been doing a lot of talking, saying a lot of things,” Bolt told Reuters with a chuckle in an interview on Thursday ahead of the adidas Grand Prix at Randall’s Island.

“He’s proved he’s running fast times and he’s ready. So it should be exciting going into the world championship.

“I look forward to competing when people talk … because if you don’t back it up you look really stupid.”

“Afraid? When people say that, I laugh. I’ve been in the sport for years and I’ve never dodged anybody. When it matters, I’ve always showed up and shown that I’m the best,”

“Fact is, I’m not in the best of shape and I’m not going to put myself out there if I know I’m just coming back and I need time to get back to where I need to be.

“When I get to Beijing I’ll be ready to go and that’s when the showdown will be.”

Bolt said the suspense of how the sprinters shaped up against one another could help build interest in the world championships.

“People can look forward to the championship. What’s going to happen?”

“So when we come to the championship, it’s going to be like an explosion.”