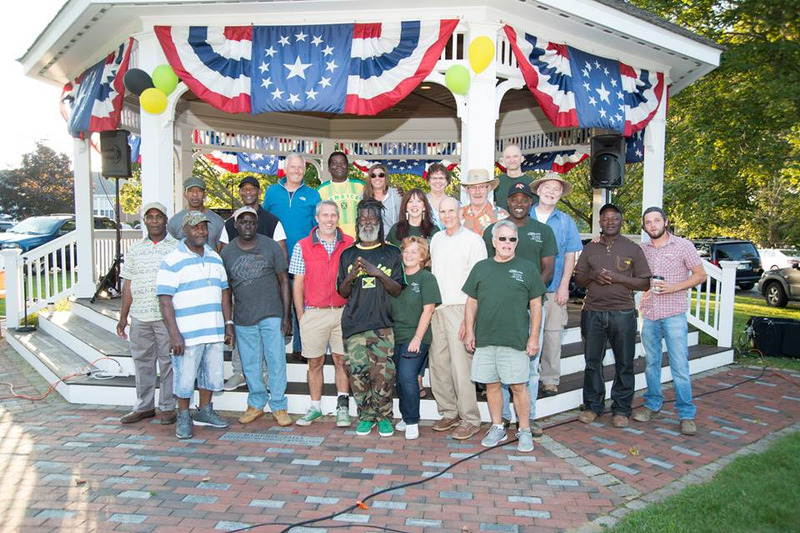 Hampton Falls, a small town in New Hampshire, has a long-time connection to Jamaica, and its second annual Jamaican Appreciation Day was held to celebrate the decades-old relationship between the two locations. Every year, between 20 and 30 Jamaican men live in Hampton Falls, employed by Applecrest Farm Orchards to harvest apples, pumpkins, peaches and other local produce between from April to December. The average worker stays between four to six months.

Larry Smith, the chairmen of the Select Board, recognized the large tole the Jamaican workers have in the community, noting that many have been in the town longer than most of its full-time residents. Jamaican workers began coming to Hampton Falls in the 1960s, and sometimes, several generations of a family have worked at the orchard. Many have been with Applecrest for more than 30 years, said Peter Wagner, the orchard’s owner, who went on to say that they are “great people, and great workers and they’re doing jobs that are really hard to do.”

Over time, the seasonal workers came to view Hampton Falls as their home-away-from-home, and many spend the Thanksgiving holiday with families in the town. Some have become United States citizens, and while they may have moved on to other employment, they continue to live in Hampton Falls.

Jamaican Paul McPherson, for whom 2017 is his sixth year working in Hampton Falls, says he enjoys his time there. McPherson is from Morant Bay in St. Thomas parish and has a wife and four children in Jamaica. He says it is “a wonderful experience” to work and live in Hampton Falls, which is a quiet, peaceful and safe place. He likes American food and enjoys being together with his co-workers. He brings the money he earns back to his family in Jamaica.

The annual appreciation event was the “grand finale” of the 2017 summer Concert in the Commons series organized by the Friends of the Hampton Falls Bandstand. Attendance at the concert series has grown each year, with Jamaica Appreciation Day bringing in the biggest crowds. Proceeds from food sales and donations go to the Jamaican Children’s Heart to Heart Fund.

The 2017 event began with a proclamation from the town’s selectmen acknowledging the contributions of the Jamaican workers to the community. The Islandside Band played Jamaican music, and there was Jamaican jerk chicken and “festival” served to attendees. An ice cream social sponsored by Applecrest marked the end of the event.