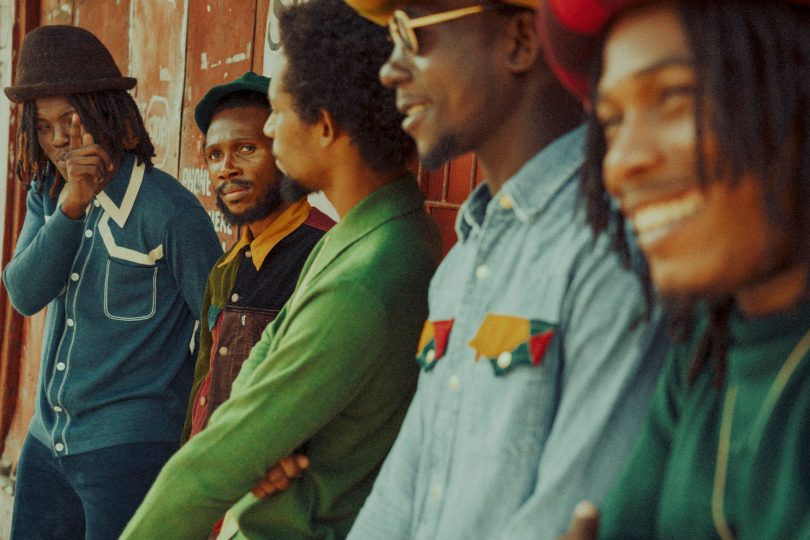 Levi’s Vintage Clothing Fall/Winter collection for 2018 has been inspired by the 1978 Jamaican film “Rockers“. The collection directly reflects the style of the Jamaican rockers of the late 70s era. Paul O’Neill, the head designer of Levi’s Vintage Clothing, was inspired by a trip to Jamaica. The people he met during this trip provided him with a first-hand display at the roots of the fall/winter collection. According to O’Neill, the collection is a mixture of classic American clothing with “old man wear” from Jamaica. The collection is available in stores now and will soon be available at Levi’s online store and at selected retailers soon. The film “Rockers” was made by Theodoros Bafaloukos and features a number of popular reggae artists playing themselves. These include Leroy “Horsemouth” Wallace, Burning Spear, Gregory Isaacs, Big Youth, Dillinger, and Jacob Miller. While it was originally conceived as a documentary, the film, which was shot in two months, became a full-length feature that displayed reggae culture at its peak, and its depictions of the culture, characters, and mannerisms of the times are completely authentic. Leroy “Horsemouth” Wallace, the main “rocker,” is shown living with his real-life wife and children in his own home. The recording studios in the film include Harry J Studios where many roots reggae artists did their recording in the 1970s, including Bob Marley. The plot tells the story of a drummer who lives in a Kingston ghetto as he plans to make extra money through the sale and distribution of records. He buys a motorcycle to take the records to sound systems around the country. The film is a loosely based reggae version of “The Bicycle Thief” by Vittorio de Sica. “Rockers” debuted at the San Francisco Film Festival in 1978, with a theatrical release in the United States in 1980.