...Jamaicans, itâ€™s a sad reality in America that if your sons immigrate here, they will become the hunted/profiled. What do I mean by that? Your sons, particularly those with dreads (or what they called â€˜nappy hairâ€™) will be targeted by people, institutions and systems because they are black and male. They will be seen or treated as criminal suspects or potential criminal recruits even before they have the chance to prove otherwise. Of course, there is an exception to everything, but profiling of black males happens in America; and it is worth addressing at this time. 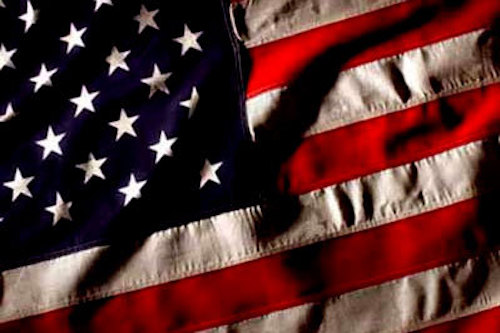 On February 26, 2012 a young black teen, Trayvon Martin, was killed by a neighborhood watch captain as he returned home from the store.  As you may have read or heard in the media, the neighborhood watch captain cried self-defense and walked free.  Martin was a victim of what is common in America, especially for black young male, racial profiling.  Jamaicans, it’s a sad reality in America that if your sons immigrate here, they will become the hunted/profiled.  What do I mean by that?  Your sons, particularly those with dreads (or what they called ‘nappy hair’) will be targeted by people, institutions and systems because they are black and male. They will be seen or treated as criminal suspects or potential criminal recruits even before they have the chance to prove otherwise.  Of course, there is an exception to everything, but profiling of black males happens in America; and it is worth addressing at this time.

A mother’s concern for the safety of her black male child increases as that child nears the teenage years; and, out of that concern, there is a de facto rite of passage ritual that is common place within the black household called ‘the talk.’  The talk includes sitting your son down and instructing and/or warning him about how to behave when he is stopped by a law enforcement officer; inside a store or other establishments, and in the case of the store to make sure he has a receipt when he walks out. Sadly, the talk may also involve how to dress before he gets out the house; and the consequence of that was clearly evident in Trayvon’s case. The talk could also involve warning him about the type of friends he should have.  The latter is true because your son will also be profiled by criminal-minded individuals who are looking for naïve immigrant males to recruit them.  The talk is to keep Johnny safe, alive and out of jail.  In America, the disturbing thing is that profiling of your black male child begins at an early school age.  Let us look into that more now.

When I lived in Jamaica, I used to hear of parents in America who would not ‘send for’ their children until they finished high school.  I could not understand why, until I arrived here and realized the reason for that had much to do with parents wanting to protect their children from systems that negatively impact their children – such as the school system.  While pursuing studies in Political Science, I came across the term ‘Schoolhouse-to-Jailhouse track’.  What is that?  Schoolhouse-to-jailhouse track is a disturbing trend that has developed within school systems as a result of the zero-tolerance policy that was implemented in schools nationwide in the 1980s.  According to the advocacy group, Advancement Project, it is
“…harsh and unfair school disciplinary measures that push children off of an academic track and on to a track to prison. Across the country, school systems are shutting the doors of academic opportunity on students and funneling them into the juvenile and criminal justice systems. The combination of overly harsh school policies and an increased role of law enforcement in schools has created a “schoolhouse-to-jailhouse track,” in which punitive measures such as suspensions, expulsions, and school-based arrests are increasingly used to deal with student misbehavior, and huge numbers of youth are pushed out of school and into prisons and jails. In many communities, this transforms schools from places of learning to dangerous gateways into juvenile court. This is more than an education crisis; it is a racial justice crisis, because the students pushed out through harsh discipline are disproportionately students of color” (www.advancementproject.org).

Let me put this in a way you can relate to.  When I was in school in Jamaica, if you fight, you get a spanking by the teacher and/or your parents when the teacher tells your parents.  Usually it ends there and you move on.  I can remember that students would wait until the last day of school to fight with those who they had conflicts with and they move on after that.  It is not so in America!  Based on the school-house-to-jailhouse track, if your son fights in school, school officials, including the school police officer, will decide whether criminal charges are to be made.  And, since he’s black and male the probability of being introduced to the criminal justice system increases. The above quote from Advancement Project states that students of color (that means black students) are disproportionately given this harsh treatment.  Disproportionately simply means that more blacks than whites are treated this way even if they commit the same acts.  Should I say welcome to America here?  Fights, including fist fights, or even threatening someone could send your son to jail – juvenile or adult – depending on the age and nature of the crime.  A ridiculous but true example involves a 2005 incident in St. Petersburg, FL wherein a five-year-old was pinned down, handcuffed, and arrested by police officers for throwing a temper tantrum at school.  If you don’t believe me, google it!

Additionally, your male child will be more at risk of being suspended or expelled from school than his non-black classmates; drop out of high school; and not graduate because he became frustrated with the systematic disproportionate disciplinary measures.  Your son suffers one of the ‘profiled’ syndromes – frustration – and begins to walk out society’s negative stereotypes and expectations of him.  The Palm Beach County School District established a task force in order to figure out why so many black males were dropping out of high school and not graduating. The Palm Beach Post reported on the issue as follows:

“A low graduation rate and high suspension rate of black male students has put Palm Beach County schools under national scrutiny. Developing strategies to fix these failures is the focus of a new school district task force that convened last week with about 120 educators, community leaders, parents and students. The academic and discipline problems of urban youth has been a “catastrophe,” said administrator Gloria Crutchfield, who is leading the African American Male Task Force… Recent highly publicized studies, including those by The Schott Foundation for Public Education and the Southern Poverty Law Center, reported a series of troubling statistics. Schott’s “Yes We Can” report on black males put Palm Beach County on its list of five worst-performing districts with a black male population of 10,000 or more.  The district had 25,029 black enrolled in the 2007-08 school year, with only 22 percent of them graduating – compared with 50 percent for white males. Florida’s black-male graduation rate is 37 percent, compared with 47 percent nationally, according to the report. Meanwhile, the Southern Poverty Law Center’s report, “Suspended Education: Urban Middle Schools in Crisis,” found that in many of the largest urban school systems, black male students are suspended in disproportionately high rates from middle schools… It listed a suspension rate for black males of 53 percent vs. 6 percent for white females” (http://www.palmbeachpost.com/news/schools/task-force-focuses-on-black-student-graduation-938249.html).

Profiling encompasses a broad spectrum in society. From the school-house to the streets, you son will be profiled. I want to point out that, in my opinion, profiling is not about who is doing the profiling but the person being profiled.  Many had arguments in Trayvon’s case, that it was not an issue of profiling because the neighborhood watch captain is Hispanic.  I am against that argument, because you will find that even black law enforcement officials will stop your son based on who or what he look like. Consequently, your son will more likely to be accused of a crime he did not commit; stopped by the police while walking on the streets or driving a car; and harassed and searched for no reason other than he’s black.  There are more Trayvon Martins who have died or are wrongfully incarcerated because of this attitude of America. Many black male in America have experienced profiling; and Trayvon’s death has given the black male and his family a voice that will now be heard.  Maybe?

In closing, our countryman Claude McKay’s “If We Must Die” comes to mind and seems like the appropriate end to this article. Death is given a wider interpretation than a physical death. It could be the scepter of death hanging over your son’s future, reputation, hopes and dreams because he’s profiled and negatively stereotyped simply because he is a black male in America.  Welcome to the underbelly of America!  Here’s Claude McKay!

If we must die, let it not be like hogs
Hunted and penned in an inglorious spot,
While round us bark the mad and hungry dogs,
Making their mock at our accursed lot.
If we must die, O let us nobly die
So that our precious blood may not be shed
In vain; then even the monsters we defy
Shall be constrained to honor us though dead…!

The views and opinions expressed herein are those of the author and do not necessarily reflect the views of Jamaicans.com