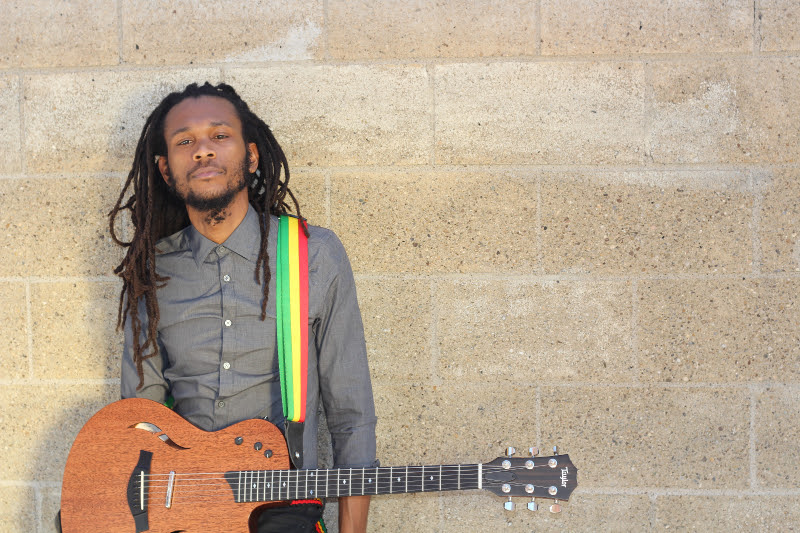 On July 2nd, 2015, Reggae Recording artist ORieL debuted his 2 eagerly anticipated “Confidence 2.0” and “Love SoulJah” EPs. It was an unprecedented event for reggae music, as no artist has been known to release 2 such projects on the same day.

Explaining why the approach, ORieL stated “The two eps were never a plan from day one but kinda morphed into that idea. We were going to put out the ‘Love SoulJah’ ep because we wanted to make a conscious effort to target my female fans”. He further added “We starting doing some work with a UK Producer, Daniel Boyle at which time  we recorded some nice tracks, plus he remastered some of my previous release like ‘Confidence’ and ‘Down Where I Live’, so when it was all said and done we had some nice songs and didn’t really want to delay in putting them out so we decided to put out the ‘Love SoulJah’ ep as intended and ‘Confidence 2.0’ ep which is the collaborative effort with producer Daniel Boyle. Both eps are different, one talks about love and the man and woman relations and the other consist of more a social,political, revolutionary topics.”

Continuing on the promotional trail of his EPs release, ORieL is presently in Jamaica where he is slated to perform at the Greatest Reggae show “Reggae Sumfest”. On July 17th, 2015 ORieL will perform both classic hits such as “Sticks & Stones” and “Serious”, and a selection from “Confidence 2.0” and “Love Souljah” EPs.

Following Jamaica, the artist will head to New York, for a live interactive acoustic performance at “An Audible Affair”. An Audible Affair is a live streamed acoustic music series that allows bands to perform for their fans all over the world at the same time, while also allowing those fans to ask questions and have them answered in real time directly from the artists. “What sets An Audible Affair apart from most of the other music sessions that exist is that it is streamed live in real time. It allows the viewers to feel like they are right there with the band as the performance is happening.” says Co-Founder Ian McCoy

The slated performances, video filming and more rehearsals will culminate in ORieL heading to Europe for a fall tour. Humbled yet excited for this upcoming journey, ORieL explained “Well its my first time going to Europe and my team and I are most excited about taking the music to the people over there,its also a great opportunity to spread the message of love and knowledge of self i sing about while expanding our brand to a different market.”