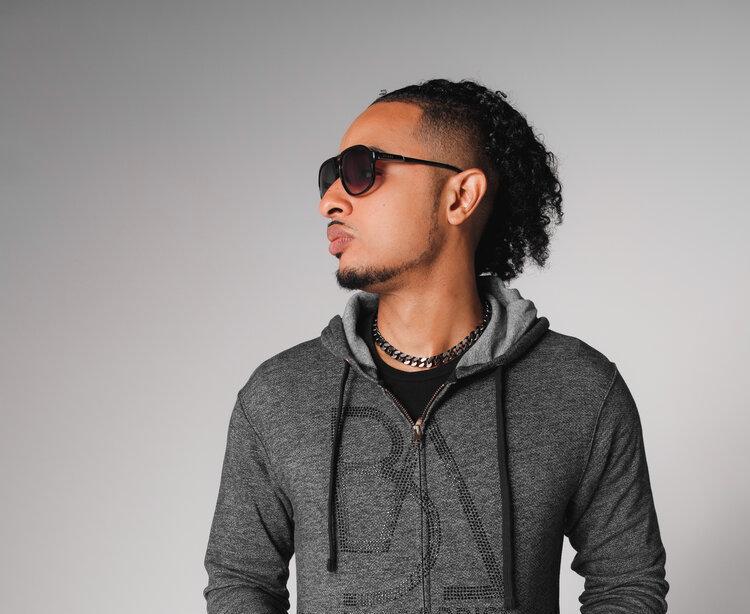 DJ Nicholas is a rising Gospel reggae artist out of Jamaica. His career stands the test of time, he is currently working on his fifth album as he spread the word of God to the masses. He has worked with some of the best in the business and has carved out a style for himself.

Tell me about yourself, where did you grow up?
My mother is from Westmoreland. She was a recording artiste. She stopped singing before she became popular. Her name is Yvette Vaccianna. My father is from St.Ann. I grew up on Havendale Drive and moved to Constant Spring when I was a teenager.

Does writing, producing, and singing come naturally to you or sharing the Gospel make your creative talent flow easier?
Yes, I grew up around music, and my mother vinyl records around the house. I started writing songs when I heard Bounty Killa. I became a Christian when I was 20 and started writing and GOD instead of about girls and guns.
When did you accept Jesus Christ as your Lord and Savior?

I was 20 years old as I mentioned. I was a passionate follower of the Rastafarian movement for a short period but got convinced to become a follower of Christ while reading the Bible.

Is your testimony unique and do you enjoy witnessing to the lost generation?
My story is similar to Paul’s. I was passionately persecuting the church but got convicted to start following Christ. Yes, I get the most fulfillment when I get feedback from young people who say they are encouraged by or saved though my ministry.

Where did you go to high school, what about college?
I went to Calabar High School in Jamaica and Broward College in Florida where I got an Associate Degree. I am also presently in school to further myself academically.

Are you working on any new project/album?
Yes, I am working on my 5th studio album which should be released the first quarter of 2021.

Love 101FM, Jamaica’s Christian radio named you as one to watch, have your career taken off since?
I am not sure when they said that, but God has shown my ministry favor. I have travelled all over including about 30 Caribbean countries sharing my music. I have received many awards and have done collaboration with a few international Gospel Artiste. I have touched some of the biggest stages from Sting in Jamaica to BET Celebration of Gospel in the USA.

You have performed at Jamaica’s Fun in the Son gospel festival, what’re your memories?
Fun in the Son and Genesis are two of my most favorite events in the Caribbean. I have been performing on Fun in The Son since the inception.

Who is your most favorite Jamaican artist and why?
Bob Marley would be one of my favorite. He wasn’t a professed Christian; however, I admire his passion for his music and how he stood for what he believed in. I see him as a pioneer and I respect that quality in people.

About The Author
PHILIP DINHAM is a writer/contributor for Jamaicans.com. He has years of experience and service in media relations. He resides in the town of Indian Trail, near the queen city of Charlotte, North Carolina, USA.