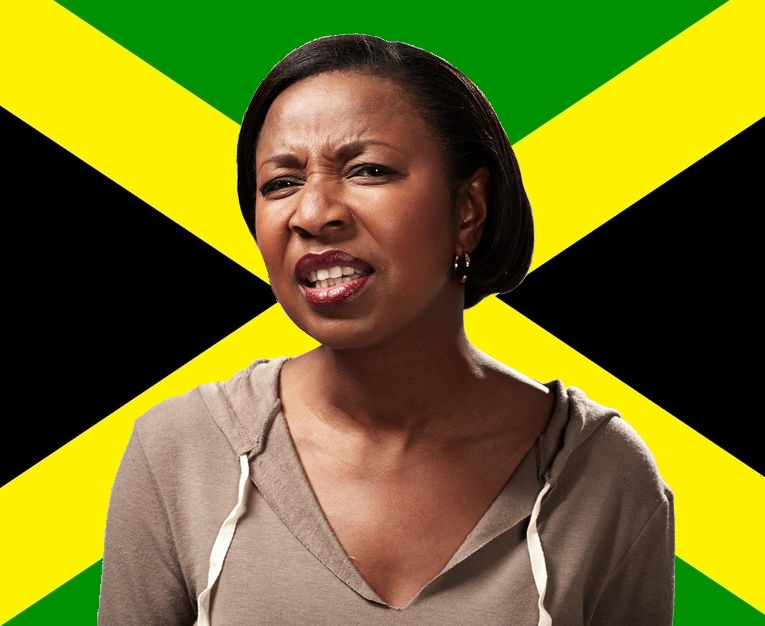 At the last estimate, the government of Jamaica believes that there are nearly as many Jamaicans living abroad as the three million people who live on the island. But many people of Jamaican heritage struggle to identify with their Jamaican roots and may sometimes hear that they’re not Jamaican enough. Here are 12 typical reasons that people may question your claim to be Jamaican.

1. Your skin colour
Jamaicans run the gamut of the colour spectrum – from white Jamaicans of European descent to the darker skinned people of African ancestry and every shade of brown in between. With that said, it is a common belief in North American and European countries that persons of a lighter hue are not Jamaican because they don’t fit the stereotypical “look” of a Jamaican.

2. You don’t fit the mold of a stereotypical Jamaican.
To many foreigners, their idea of a Jamaican is a Rasta man with a ganja splif in mouth whose every sentence is spiced up with “bomboclaat”. Lies! Yes the Rasta does exist but he is a needle in the giant haystack of cultures and lifestyles that make up the Jamaican society. Jamaica is a cultural melting pot where the descendants of Africans, Chinese, Indians and Europeans live together in sweet reggae harmony, some dark, some light skinned, some speak patois, and some don’t.

3. You weren’t born in Jamaica.
If you were not born in Jamaica, you can still claim Jamaican citizenship by heritage. But if you don’t actively practice any aspect of a culture that has captivated people all over the world, it should be no surprise that there are those who question your Jamaican identity.

4. The Jamaican language and accent.
Jamaica’s official language is English but a Jamaican is also expected to be able to speak Jamaican patois. So if you claim to be Jamaican and don’t know simple patois phrases, your “Jamaican-ness” will be questioned. On the island, both languages are used interchangeably in daily life and many Jamaicans who grew up abroad are well versed in the language of their parents and grandparents.
Some foreigners also confuse the Jamaican accent with other Caribbean islands and might not recognize a person’s accent as being authentic. On the flip side, there are many ignorant people whose first words to a Jamaican will be “You speak such good English!” seemingly unaware that the majority of Jamaicans are indeed fluent in the language.

5. Your surname.
Many Jamaicans have English names so it can be said that there is no name which is authentic to the island per se. On the other hand, if your name sounds too Hispanic, European or Asian for that matter, you’ll have a harder time convincing folks that you have ties to the island.

6. The food you like/eat.
If you hate jerk chicken, have never eaten ackee and saltfish, and have to ask Google “what is blue drawers?” then it’s no wonder that people are questioning your claim to be Jamaican. We know that some people have food allergies, and some just don’t like certain foods, but if you honestly think that a beef patty is one of the ingredients in a hamburger it’s going to be harder to convince people that you have an ounce of “Jamaican-ness” within you.

7. You embrace other cultures more.
The Jamaican term roast breadfruit refers to someone who is dark skinned but has preferences that would be considered white or European. Choosing country music over reggae, or fish and chips over curried goat is a sure way to get people to examine your Jamaican claim more closely.

8. Only one of your parents is Jamaican.
Mixed race people are very common in Jamaica, including mixed Indians, Chinese and European. And you can claim Jamaican citizenship if one of your parents was born in Jamaica. But what if you choose to embrace the culture and lifestyle of the parent who isn’t Jamaican? If you already don’t “look” like the typical Jamaican of African descent, and know nothing of the country, the people and the culture, then you might hear that you’re not “Jamaican enough”.

9. You’re Jamaican by adoption.
Being Jamaican involves more than being born here. So even if you were adopted by Jamaican parents, it hardly makes a difference in the country. But Jamaicans will be the first to tell you that being Jamaican is more than a name – it’s a way of life. You’ll be a disappointment to them if you choose to be Jamaican in name only.

10. How you choose to worship.
Jamaica is a predominantly Christian country with more churches per square mile than any other country in the western hemisphere. Many of those who’ve migrated to other countries have stuck to the faith. If you’re Muslim or Jewish (religions that are a tiny minority in Jamaica), there will be strong doubts that you have roots in such a strong Christian country.

11. You’re highly educated.
Jamaicans have always excelled academically both at home and abroad. But that doesn’t stop some people from expressing surprise when they hear that a Jamaican is the recipient of a high academic honour. Jamaicans take great pride in education and rarely pass up an opportunity to upgrade their education. Still, it being an impoverished country, some people choose to stereotype and think that Jamaicans are too poor to be highly educated. Nothing could be further from the truth.