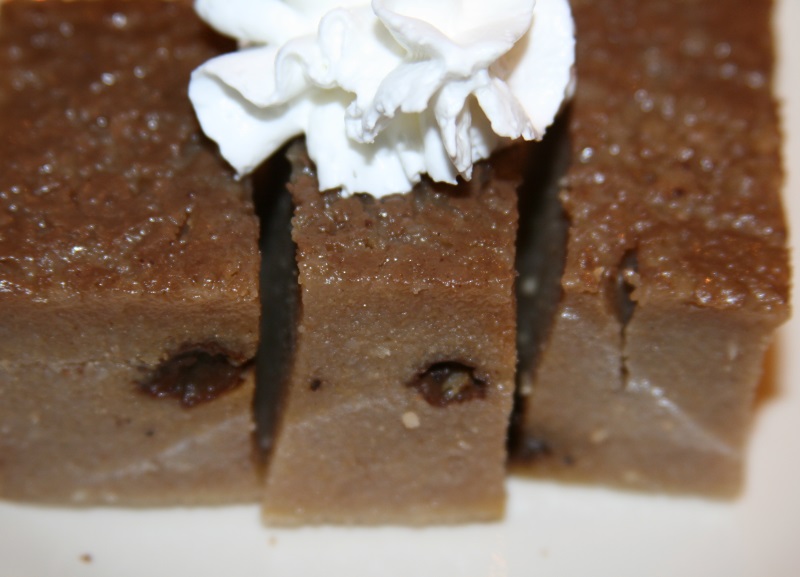 Jamaican jerk is world famous but the country also has a wide range of traditional desserts that feature prominently in the local diet. Here are the top 7 Jamaican sweet treats that you must try. This is a sweet dessert consisting mainly of coconut and flour. Grated coconut flakes are boiled with brown sugar into a thick stew seasoned with spices like nutmeg and cinnamon. The mixture is then poured onto a 2-3 inch pie base and some cooks use a fork to make decorative patterns on the pie base before baking for 15 minutes. Try our Jamaican Gizzada Recipe. The grater cake usually has very high sugar content and should only be consumed in limited amounts. Dried coconut is peeled and stripped of the brown skin, then finely grated and boiled with granulated sugar. The mixture is then separated into two portions with red food colouring added to one portion. Pour the white portion into a greased tray, then spoon small red toppings according to desired size of each cake. Allow it to cool before cutting. Try our Jamaican Grater Cake Recipe. Jamaican plantain tarts are sweet pastries with a delicious filling made from ripe plantains. They are boiled soft then mashed into a pulp with sugar, vanilla, mixed spices and optional red food colouring. The mixture is spooned onto the circle-shaped dough, which is then folded into a half-moon. It is ready to eat after baking for 20-25 minutes. Try our Jamaican Plantain Tart Recipe. Coconut ‘Drops’ is a very popular dessert in Jamaica. The coconut is cut into small pieces and boiled in brown sugar with added spices. Traditionally, a banana leaf is used but a greased tray can substitute to ‘drop’ the hot mixture into 2 inch cakes. It hardens as it cools and is ready for eating immediately. Try our Jamaican Coconut Drops Recipe.