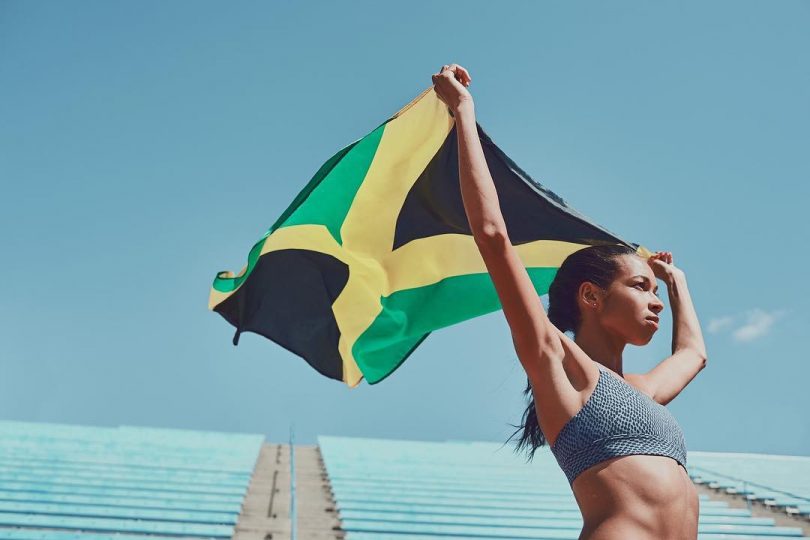 Praught-Leer switched coaching and began training with Coburn in 2016. She initially took the lead; it changed several times, but her decisive kick going into the bell lap allowed Praught-Leer to narrowly hold off surging American.

On the female side, the Ivory Coast Murielle Ahoure ran 7.11 to take the women’s 60m, holding off   world champion Tori Bowie of the USA who posted a 7.14.

In both the men and women 60 meter hurdles the Americans dominated. Devon Allen edged his countryman, world record holder Aries Merritt in the men’s 60m hurdles in 7.50 and 7.53 respectively. Both Allen and Merritt ran their season’s best.  In the women’s race, 20-year-old Tobi Amusan was the only one to break eight seconds. She won in 7.90 to finish in front of Kristi Castlin 8.02 and Queen Harrison 8.03.

The 4×800 meet and world record was broken by the USA women. The USA 4×800 relay quartet’ of Chrishuna Williams, Raevyn Rogers, Charlene Lipsey and Ajee’ Wilson, focused their intention on a world record. Before the sold-out crowd of 5,550 at the track & field venue in Washington Heights They delivered on their promise.  They left The Armory as new owners of a world mark 8:05.89.   The old indoor world record of 8:06.24 set by Russia in 2011. Jamaica’s team of Fellan Ferguson, 2016 Olympian Simoya Campbell, Kimara McDonald and Natoya Goule placed third national record time of 8:17.75 seconds.

The penultimate event of the New York Millrose games is the Wanamaker mile.  In the Women’s Wanamaker Mile, it was middle distance sensation Colleen Quigley of St. Louis to beat 2017 runner-up Kate Grace in 4:30.05.  NYRR Men’s Wanamaker Mile saw Great Britain’s Chris O’Hare built up an insurmountable lead going into the final lap. His winning time was 3:54.14. Ben Blankenship and Josh Kerr finished second and third in 3:54.72 and 3:54.77 respectively.

The 4×800 USA team wasn’t the only world record on stage at NYRR Millrose games at the Armory. 2016 Olympics Olympic champion sprinter Bahamian Shaunae Miller-Uibo, set an indoor world record of 35.45 in the women’s 300m. She equaled the mark set by Irina Privalova of Russia in 1993.