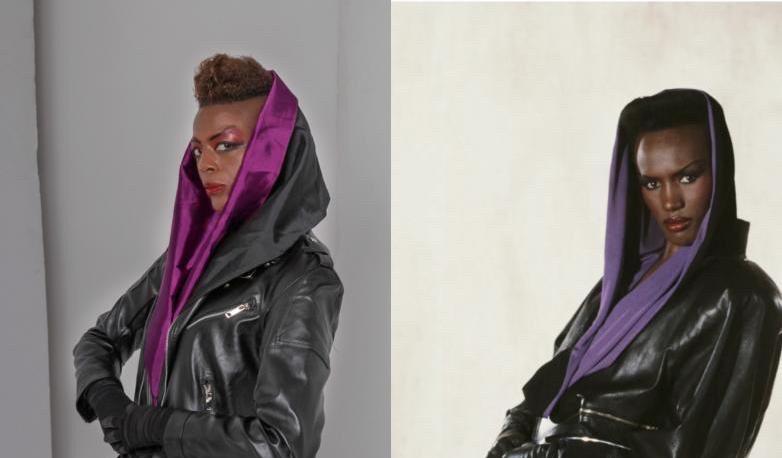 Award winning actress Aixa Kendrick is paying tribute to two of the entertainment industry’s most iconic women on the heels of her two latest projects.

Kendrick channels the spirit of Jamaican-born actress, model and singer Grace Jones in a commemorative photo spread shot by renowned photographer Frank M Good, and which was featured in the fall edition of OSSMA Magazine Europe. 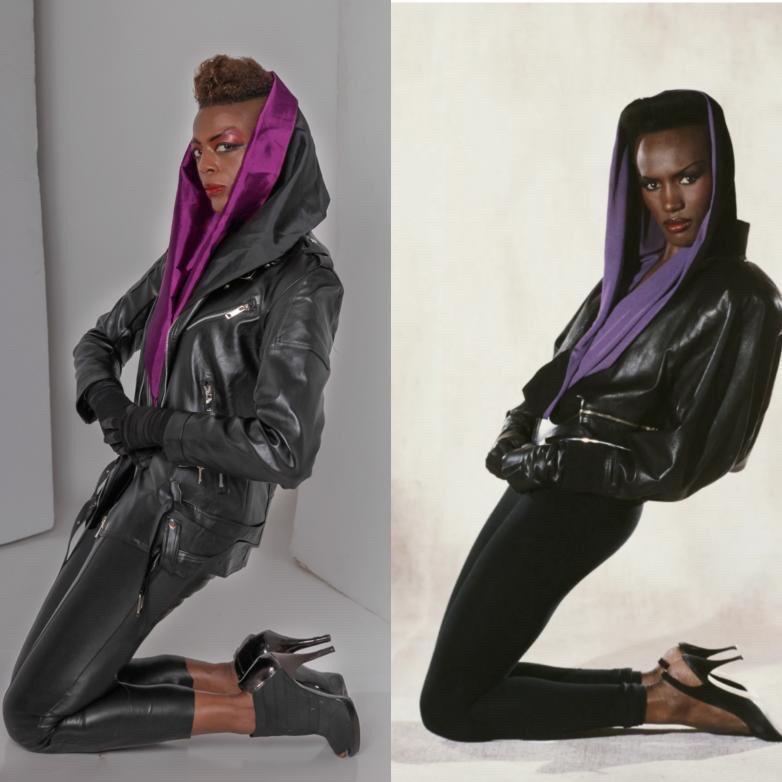 Kendrick also recently worked with Oscar-winning director Kathryn Bigelow, performing in one of Bigelow’s exclusive promotional videos for the new Apple iPhone 13 Pro. The series of videos can now be seen on social media.

For Kendrick- Audelco Award winning Best Actress for the Off Broadway production of Oya:  Warrior Wind Goddess and winner of last year’s Best Actress award at The Harlem Hip Hop Film Festival for the short film The Company You Keep – her involvement in both projects was a life changing opportunity to celebrate the work and legacy of two women she has long admired and whom she describes as “transformational and trailblazing.”

“I’m thoroughly humbled, and frankly, over the moon with joy to sit in this moment in my career to pay tribute to these two legends on back to back projects,” she says.  “As an actor and multi-disciplinary artist, I’m always drawn to opportunities that highlight and portray strong, determined women. Grace Jones and Kathryn Bigelow epitomize that in every way.” 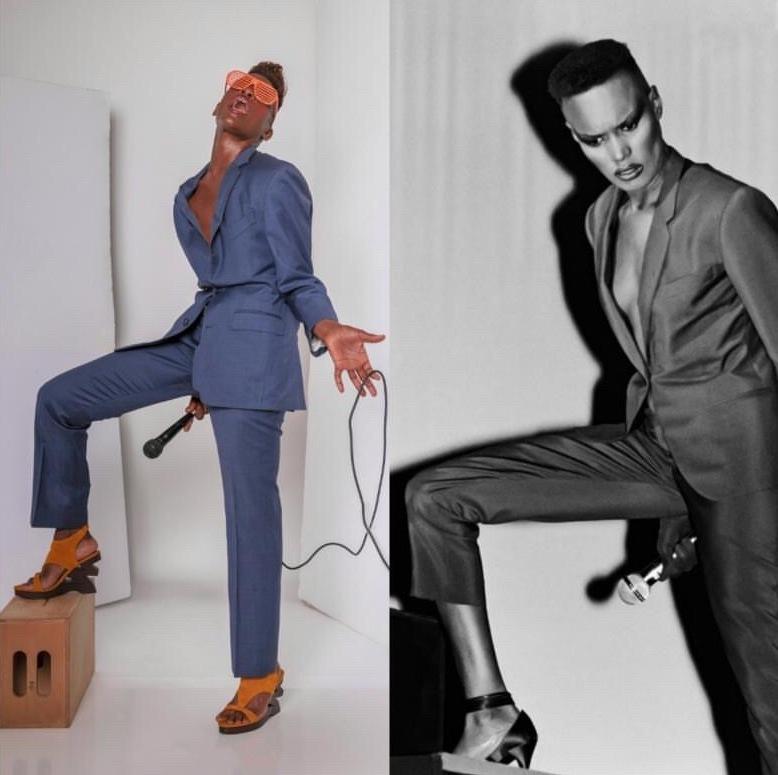 From humble beginnings in Jamaica, Jones rose to become one of the most unique and controversial figures of beauty and style for her own and future generations. She was one of the first women of color to openly embrace her androgyny and, according to Kendrick, “Whether in fashion, music, or her roles in films such as Boomerang or as a Bond villain for the ages in A View To A Kill, she paved the way for a new generation of artists- especially black artists like myself-to own and embrace the beauty of our diversity. We are deeply in her debt.”

Kendrick booked the shoot after liking several of photographer Frank Good’s posts on social media. He contacted her to ask if she would be interested in working with him to celebrate the essence and style of Jones. Once the photos went viral- including one of Kendrick dressed in a two piece men’s suit and uncannily re-creating a look made iconic by Jones decades ago- OSSMA Magazine reached out and subsequently created the spread which has been seen worldwide to great reviews. 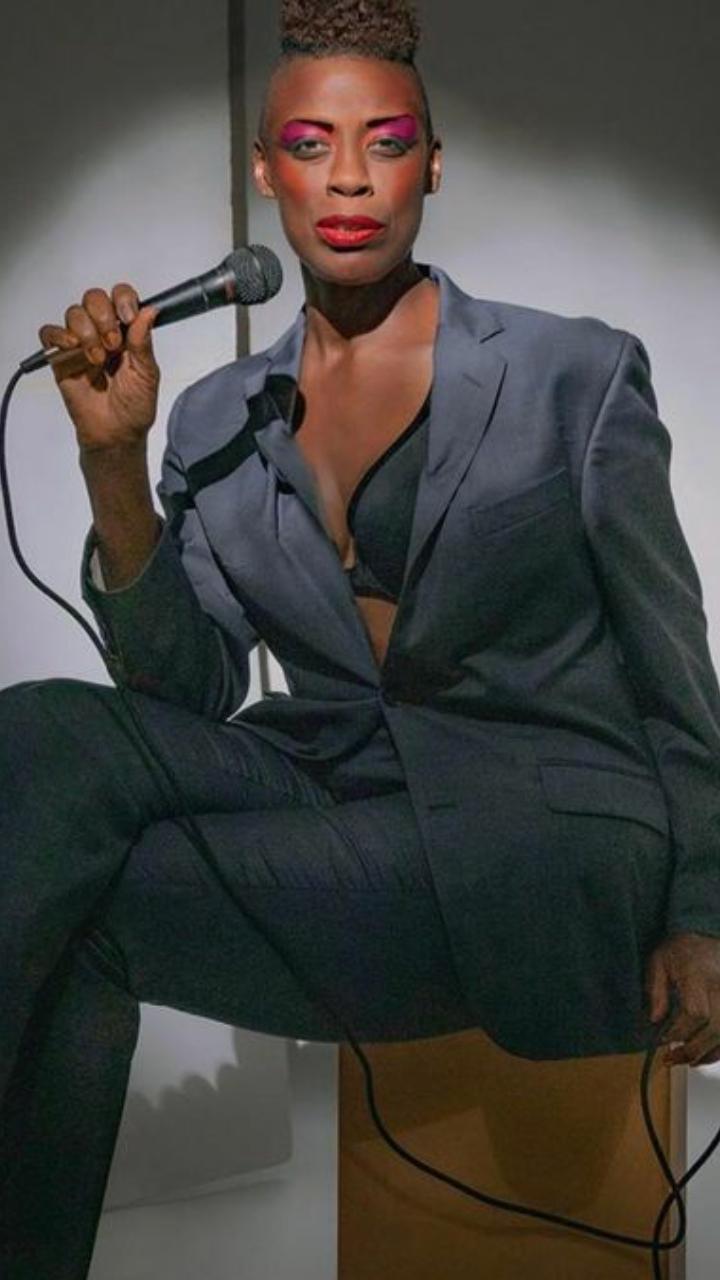 Of Bigelo – two time Oscar winning director and producer of the acclaimed war drama The Hurt Locker and the first woman ever to win the Academy Award for Best Director- Kendrick draws several parallels with her and Jones as women who challenged the establishment by being true to themselves, trusting and following their own vision and thereby changing the perception and position of women in the industry.

“Before Kathryn Bigelow, women were hardly ever afforded a seat at the Hollywood table as equal creators and directors of major studio projects… and even when we were, we were relegated to regurgitating content that was  deemed for ‘female audiences,’ which meant endless tear jerking dramas or fluffy romantic comedies. With The Hurt Locker, Ms Bigelow swooped in packing a big, muscular war epic punch with an all male cast in tow and super charged the world. Like Grace Jones, she dared to follow her story and kicked ass doing it, offering little girls and emerging artists the hope and vision of what is possible. So to be directed by her on this exciting project for the Apple iPhone 13 Pro is essentially a dream come true for me. Like Grace Jones, she’s changed the industry and we’re better for it.”

The video- or “mini movie” as Kendrick calls it- was conceived and crafted by Bigelow and shot by Oscar nominated cinematographer Greig Fraser (Zero Dark Thirty, Lion, Rogue One). Shot in the style of a pulsating, sci fi action thriller- and giving an iconic wink to yet another cinematic trailblazer, Sigourney Weaver- it features Kendrick and actress Anaís Paredes as embattled astronauts on a space ship in distress with an encroaching mysterious creature on board. It is one in a series of short film snippets Bigelow has created to promote the moviemaking capability of the Apple iPhone 13 Pro in Cinematic Mode.

Kendrick shot her scenes in August at Steiner Studios in Astoria and became an instant fan of the new technology. 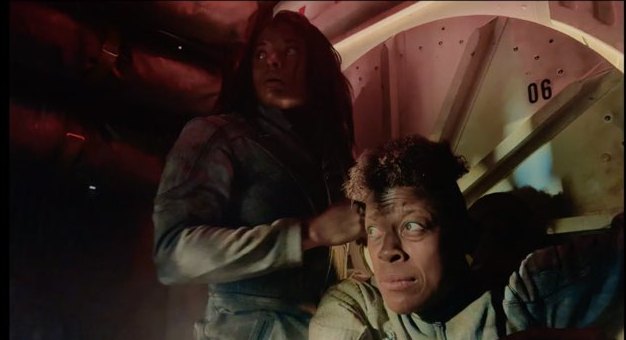 “The images that they’re able to capture – even in low light- are spectacular, visually on par with almost anything a traditional movie camera can produce. What a wild ride. Can’t wait for the world to see the final product. My only wish is that they gifted us all an iPhone 13 Pro as part of the contract!”

In addition to Kendrick’s award winning roles on stage and screen she has also appeared on television in Law and Order: SVU and Happy!  and in films such as Sisters and John Wick 3.

She is repped by The Talent Express NY Management.