"Africa Must Be Free By 1983" Re-Release out this Friday! - Jamaicans.com 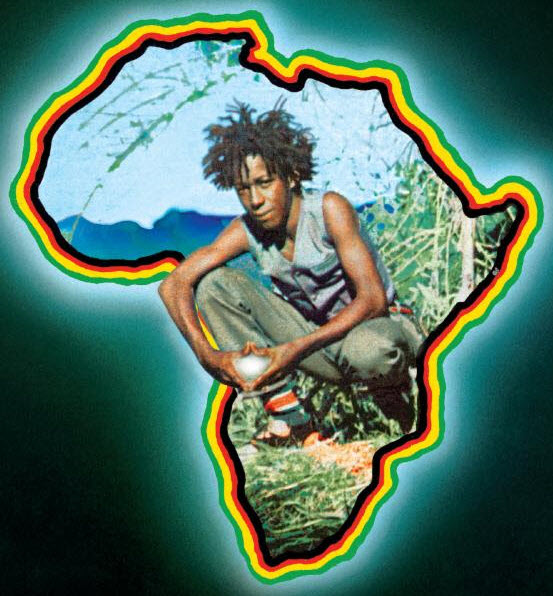 An exclusive re-release of Hugh Mundell and Augustus Pablo’s “Africa Must be Free by 1983,” will be released on VP Records on August 18th. The original 1978 release became a prominent title in the roots reggae genre earning a five-star review by Rolling Stone magazine. In commemoration of the Greensleeves 40th anniversary this year, the new release offers listeners a re-mastered and re-sequenced ‘showcase style’ of the classic album.

The two-part CD includes eight tracks by Hugh Mundell including ‘Africa Must be Free by 1983’, ‘Book Of Life’, ‘Let’s All Unite’ and more. The nine-track dub companion mixed by Prince Jammy at King Tubby’s features dubs from the vocal album including a searing cut to ‘Great Tribulation’, entitled ‘Western Kingston Style’ along with ‘Sufferer Dub’ a version to Pablo’s ‘Sufferer’s Choice’.

The two late reggae titans were both committed followers of the Rastafarian faith and looked forward to the eventual return to Africa and the liberty and freedom in their ancestral homeland. The origins of the project began when the more mature Pablo witnessed the precocious talent in fourteen- year old Mundell. Their first recording of two songs ‘Africans/Africa Must be Free’ and ‘My My’ at Lee Perry’s Black Ark studio flourished into the material of a full-length album, spawning the 1978 album release.

Hugh Mundell passed away at the age of 21, when he was tragically shot in his car in Grant’s Pen Avenue, Kingston. His wife and child, Junior Reid, who went on to be a famous reggae/dancehall artist, were in the car and survived. Pablo later passed away in 1999. Together their music lives on well past the years they were living.

“Africa Must Be Free by 1983” is a very important release from the VP/Greensleeves catalog,” said Christopher Chin, president of VP Records and Executive Producer of the project. “In 2017, the music is just as salient as it was then and a great representation of the two artists who spent their lives creating music they were passionate about.”