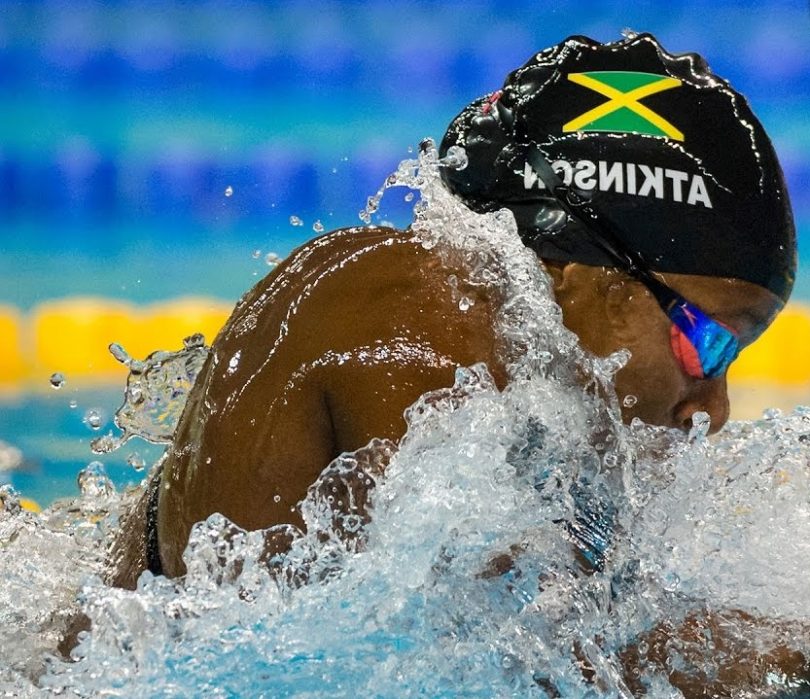 Alia Atkinson, Jamaica’s Olympic swim champion, took the gold medal in the women’s 50-meter breaststroke competition at the 2018 FINA Swimming World Cup at Eindhoven in the Netherlands on September 30, 2018.

The victory brought Atkinson’s total to two medals, as she earned a silver medal in the women’s 100-meter breaststroke a day before, coming in second to Yuliya Efimova of Russia. In the shorter-distance event, however, Atkinson took the top spot. Atkinson is a three-time Short Course World silver medal winner in this event, and she had a quick start, allowing her to fight off a challenge from Efimova. Atkinson won with a time of 29.18 seconds. Efimova came in second with 29.50 seconds, and Molly Harris of the United States was third with 30.01 seconds.

Alia Atkinson was born on December 11, 1988, in Jamaica. She currently lives in Hollywood, Florida. She is a member of the South Florida Aquatics club, where her club coach is Chris Anderson and her national coach is Gillian Millwood. Atkinson began swimming at the age of three. When asked why she took up the sport, she explained that about three-quarters of Jamaicans did not know how to swim when she was growing up, and her parents made it a point to personally change that situation by ensuring that their children learned to swim. Alia said, “it just turned into something to do after school.” Now, after competing at the Olympics and numerous other important competitions, she said, “Swimming is not only a sport, but a life necessity.”

Atkinson was the flag bearer for Jamaica in the opening ceremony of the 2018 Commonwealth Games in Gold Coast, Australia. In 2014 and 2016, she was named Female Central American and Caribbean Swimmer of the Year at the Swammy Awards at Swimswam.com.and was named d the 2014 and 2017 Jamaican Sportswoman of the Year by the RJR National Sports Foundation. She was the flag bearer in the opening ceremonies of the 2007 Pan American Games in Rio de Janeiro, Brazil. She was inducted into the International Swimming Hall of Fame in Fort Lauderdale, Florida.

Atkinson will receive the Order of Distinction in the Rank of Commander in Jamaica in October 2018 for being an outstanding representative of her country in the field of swimming.