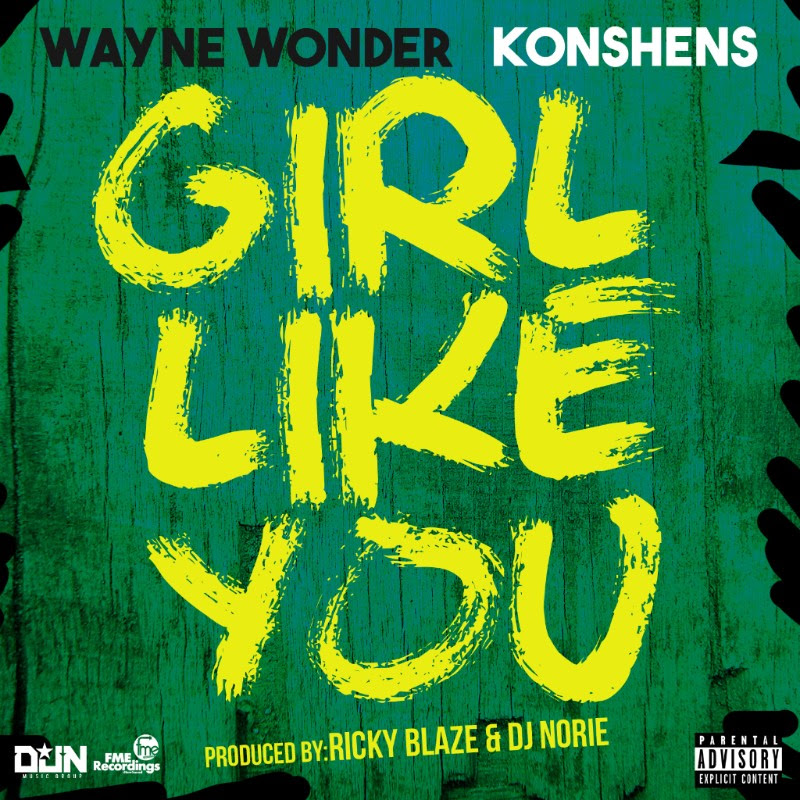 Billboard charting producer Ricky Blaze known for his work with some of the biggest names in Dancehall, Reggae and Hip Hop such as Vybz Kartel, Gyptian, Jim Jones, Major Lazer, Nicki Minaj and many more notable acts, and acclaimed popular DJ Norie, producer in his own rights, and resident DJ at NY’s #1 station Power 105 have joined musical force with the production of “Girl Like You”.

Major forces in the music industry, the two have joined their keen talent for the hit bound single. A DJnMusicGroup/FME Recording project “Girl Like You” features the voices of two of dancehall and reggae biggest names, International reggae crooner Wayne Wonder and dancehall star Konshens. Both artists known for international strings of hits and major success on worldwide airwaves are the perfect combination with smooth soulful vocals and catchy prolific lyrics.

“Wayne wonder and Konshens never worked together before and I wanted to bring something different to our culture .. And ricky blaze was the right producer to make me make this history !!! Look out for Wanye Wonder EP coming in 2016 !!” explained DJ Norie

Ricky Blaze chimed in by stating “Im excited and honored to be working with dance hall music legends who inspired me when i was growing up and giving them production that shows them we understand there era of dance hall. Dj Norie came up with the idea of giving the track to Wayne after hearing Mr. Easy’s “Bashment Gal”, Now its a new single for Wayne featuring the bro Konshens. Huge!”