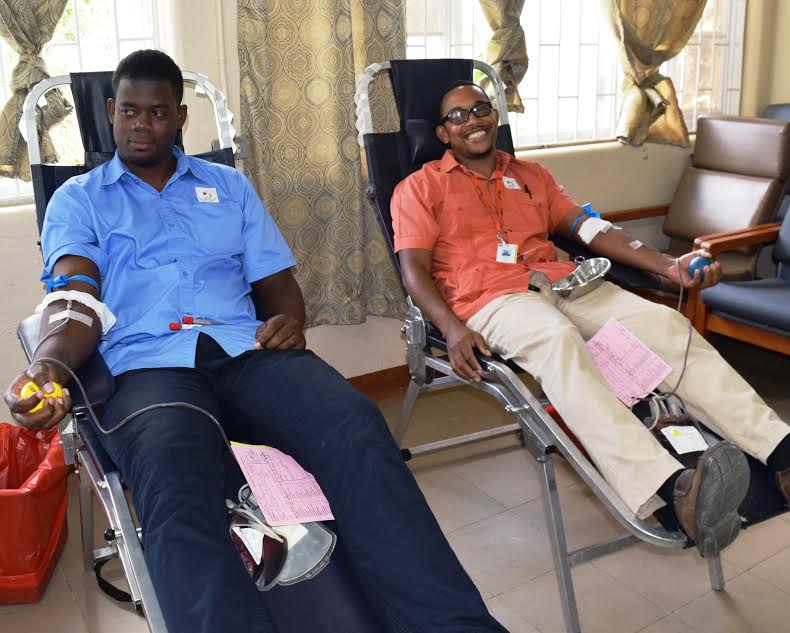 The Percy Junor Hospital in Spalding, Clarendon has boosted its supplies of blood and blood products, this with the recent acquisition of a Compact Blood Bank Refrigerator. The hospital hosted a successful Blood Drive on Friday, April 28 on the hospital’s compound which resulted in the collection of 52 units of blood.

Senior Medical Officer at the Hospital, Dr. Carlos Wilson explained that 88 persons registered to donate; however only 52 were eligible to contribute. He added that the hospital is grateful for the support from residents and staff members noting that the new Blood Bank Refrigerator now allows the hospital to store upwards of 60 units of blood, as opposed to 15 previously.

Dr. Wilson pointed out that the hospital which serves four parishes including  Manchester, Clarendon, St. Ann and Trelawny is the first point of care for many residents particularly those in rural areas.

“If a farmer somewhere in Trelawny gets chopped by a machete and is bleeding to death, this is the first stop and sometimes it can be a lifesaving stop just to get blood; so it makes it so important that we give blood from the community so that when we need it, it is available.”

Turning to other benefits of blood donation, Dr. Wilson noted that “you also have the benefits of reduced risks of heart attacks and strokes. That is something that is not known by a lot of persons but you could actually save your life by reducing the risk of getting a heart attack or stroke by donating blood.”

He explained that several studies have shown that in blood donors, the risk of heart attacks and strokes is up to 80 percent less than people who do not donate blood.

Over recent years, the amount of blood collected in Jamaica has consistently fallen short of what is required which significantly increases the difficulty of hospitals such as the Percy Junor Hospital in obtaining vital supplies of blood from the National Blood Bank.

Dr. Wilson is encouraging Jamaicans to make blood donation their responsibility as the shortage of blood seriously impedes the ability of the health team to provide timely and effective care.