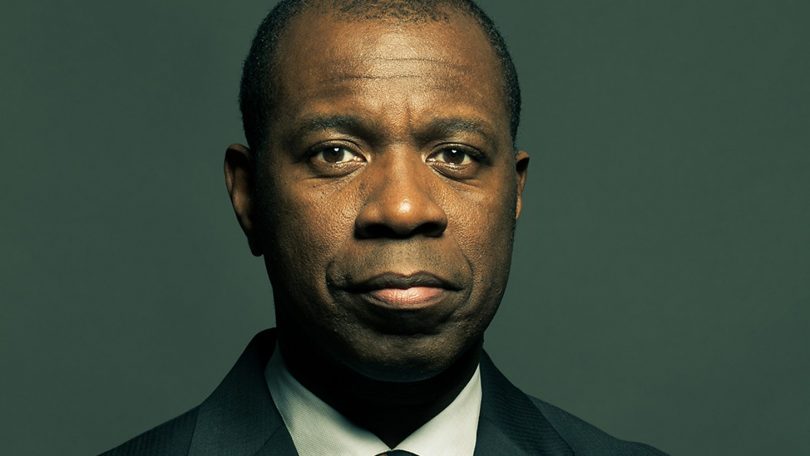 Clive Myrie, 56, a British Jamaican journalist, is set to replace John Humphrys as the host of the popular quiz show “Mastermind.” Humphrys, 77, will retire after 18 years in the role, with his last appearance slated for April 2021. Myrie will become the fifth host of the show, which is broadcast on BBC 2 and will celebrate its 50th anniversary in 2022. Myrie noted that he has “big shoes to fill” in replacing his predecessor, but plans to bring some of his own personality to the established program format. In addition to hosting “Mastermind,” Myrie will also continue presenting other programs, including the “News at Six and Ten” of the BBC. Along with his news presenting and hosting of “Mastermind,” Myrie is hosting a Jazz FM documentary series, “The Definitive History of Jazz in Britain,” which is scheduled for ten weeks from April 4, 2021, to June 6, 2021.

Myrie is the recent recipient of two awards from the Royal Television Society, network presenter of the year and television journalist of the year. He is well known for his work as a foreign correspondent and recently presented a series of reports from hospitals handling the COVID-19 pandemic. He believes the producers of “Mastermind” offered him the hosting job after viewing his “lighter side” in the late-night newspaper round-up segment on the BBC New Channel. According to Kate Phillips, director of entertainment at the BBC, Myrie will be “a superb host” with a “witty, wise, and wicked sense of humor.” Filming for the show will begin in July of 2021, with its return planned for later in the year.

Clive Myrie was born in 1964 in Bolton, Lancashire, in England. His parents were immigrants from Jamaica. His mother worked as a seamstress who ultimately worked for British designer Mary Quant. His father was a factory worker in a facility that manufactured car batteries. His parents divorced, and his father returned to Jamaican when he retired. Myrie attended Haward Grammar School in Bolton, Bolton Sixth Form College, and the University of Sussex, where he earned a law degree in 1985. He joined the BBC in 1987 as a local radio reporter trainee. His first assignment was reporting for Radio Bristol in 1988. He returned to Independent Radio News at the BBC after one year. He became a foreign correspondent for the BBC in 1996, a career that led him to cover important stories throughout the world. Myrie began presenting the BBC News and Six and Ten in 2019.

During his extensive career in reporting and broadcasting, Myrie has experienced racist abuse, including death threats, but said the abuse is the “worst it’s ever been” since he was named the new host of “Mastermind.” He had hoped that taking the new job would be “liberating,” but revealed he has received “four or five” serious death threats recently. He said he does not know why the racist attacks are increasing against him and other Black stars on the BBC, but that the BBC is trying to find the abusers in concern for his safety. Prior to the last decade, Myrie said he could “count on the fingers of one hand” the incidents of racial abuse he had experienced in his 30-year career.

When asked how he deals with the racism, Myrie said it was depressing and that he had learned not to let it bother him. “You just ride with it,” he said.