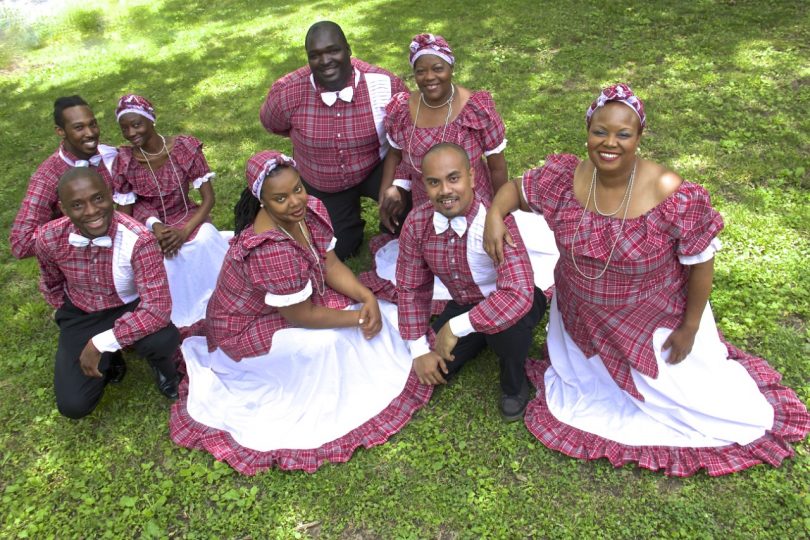 Braata Productions will once again offer New Yorkers an exciting and colorful taste of a traditional Caribbean Christmas when it presents its annual Old Time Grand
Market Celebration at the Holy Family Church Auditorium in Canarsie, Brooklyn on Sunday December 10 starting from 5pm.

Admission to the event begins from 4pm.

Grand Market – a one day festival featuring music, food and craft vendors and numerous activities for children and families, is a long standing Jamaican institution during the yuletide season. However, by including performers and participants from throughout the Caribbean, Braata has dramatically expanded the appeal and the audience for the event.

The high point of the festival will once again be the Grand Market Concert, which this year features performances by vocalist Rory Frankson , folklorist Coleen Shand, The Braata Folk Singers, The True Tribute Organisation, and the Quake USA cultural group of Grenada.

The event will also feature a Guyanese Kwe Kwe song and dance celebration along with the eagerly anticipated Jonkoono parade, which has proven immensely popular among Grand Market’s younger attendees since the event’s inception in 2013.

Andrew Clarke, Executive Director of Braata Productions can scarcely believe that this will be the fifth annual staging of the event.

“It feels great to be truly alive at the age of five,” he chuckles, “Because when we started in 2013 we had no idea how we would be received. The spirit of the traditional Caribbean Christmas was fading somewhat in New York, and we thought this would evoke a bit of nostalgia for some and be a source of cultural education for others. But despite a major snowstorm in our very first year, attendance was great and the feedback was tremendous. Now, both native New Yorkers and Caribbean born patrons save this spot on their calendar every year to share in this sampling of a true Caribbean Christmas.”

Vendors participating in the event will be selling everything from food and craft items to toys and Christmas specialties.

The Holy Family Church Auditorium is located at 9719 Flatlands Avenue, at the corner of East 98th Street and Conklin Avenue.

Tickets are available on the Braata Productions website and at select Caribbean outlets in the boroughs.