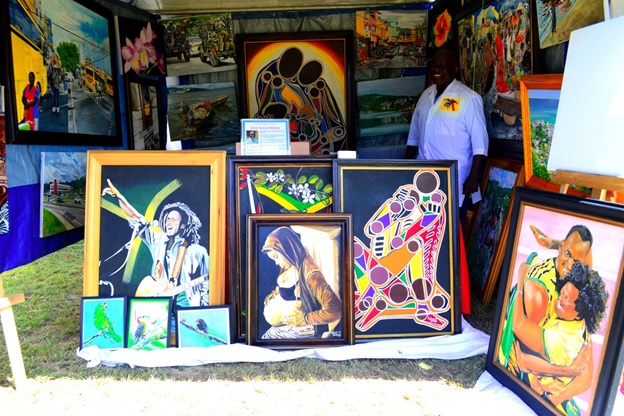 Known internationally as a tourist mecca, Montego Bay has recently become the epicenter for hardcore dancehall acts like Tommy Lee Sparta and Daddy1.

But if Oniel Cunningham has his way, a less flamboyant art form will soon take off in that Jamaican city. 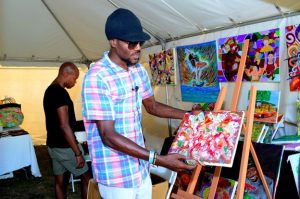 Artist Ralston Vassell pauses to show an abstract piece in progress during live art demo, as a patron browses his exhibit.

On March 14, Cunningham will present the second CARICS International Fine Arts Festival there. Like its inaugural staging, it will showcase the work of homegrown artisans.

“This year’s exhibit will feature approximately 20 local artists and artisans but we anticipate that there will be a few pieces from some foreign-based artists,” said Cunningham. 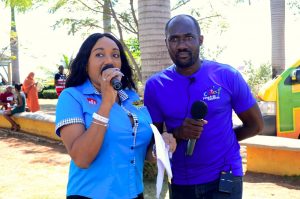 He added that positive response to last year’s show influenced the return of several participants and attracted new faces, eager to show their pieces which include paintings, sketches and sculptures.

There will be a change in location, from the Montego Bay waterfront to a more traditional gallery setting which Cunningham expects will appeal to exhibitors and patrons alike. 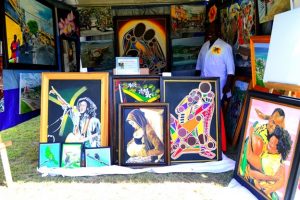 “While the outdoor waterfront venue was scenic, it presented several challenges for both artists and patrons. We, therefore, move to a more convenient indoor location (the S Hotel Conference and Event Centre). The venue provides air-conditioned comfort for festival attendees,” he explained. 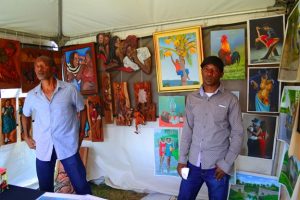 Like other lifestyle pursuits, the Montego Bay art scene plays second fiddle to tourism and went off the radar for years. Wary of that dormancy, Cunningham, who is involved in town planning, envisaged a wide-ranging exhibition that would help unearth and expose the city’s creatives. 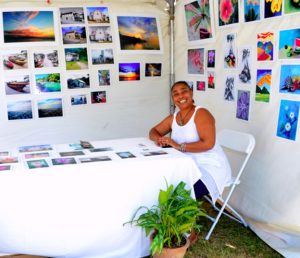 Painter Ingrid Coke smiles radiantly against a backdrop of her paintings and Glendon Coke’s photography.

Support was not as generous in terms of sponsorship last year, but Cunningham notes there is significant improvement in that department for 2020. Among the organizations committing their support are the Craft Vendors Association and Jamaica Cultural Development Commission, a government agency.