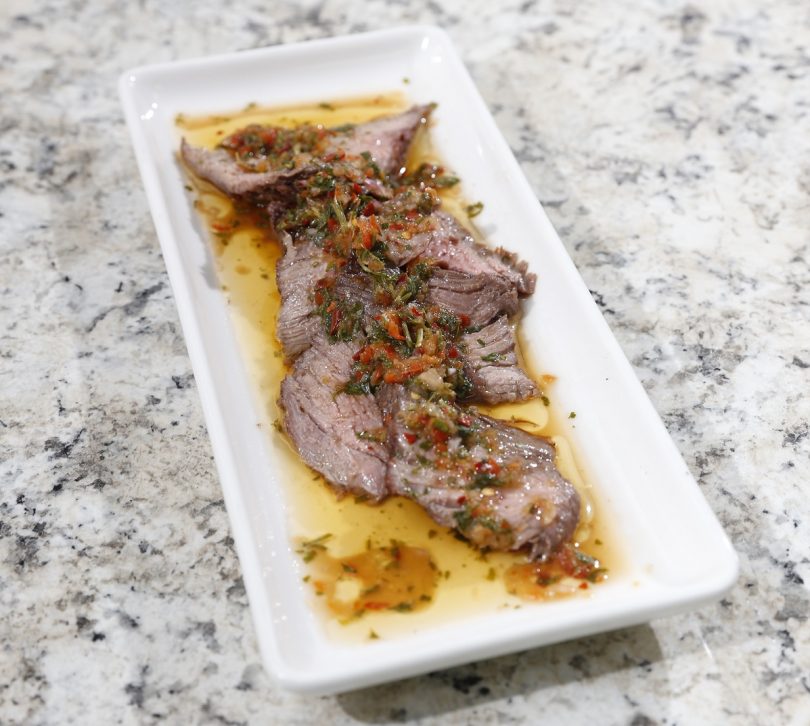 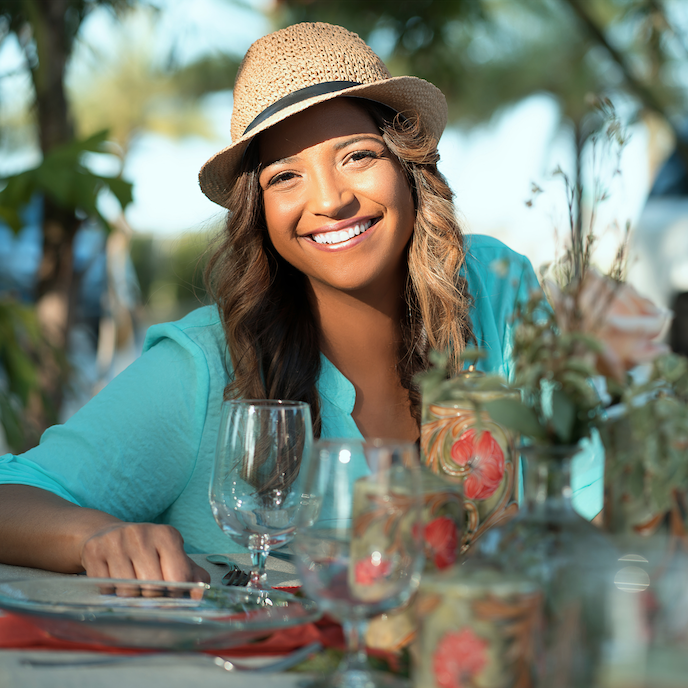 When creating her decadent dishes, Chef Cynthia Verna (affectionately known as “Chef Thia”) isn’t afraid to scour the globe for unique flavors. Her food infuses Caribbean, African, Latin, Asian, French, and Mediterranean styles together for a truly international plate. But she never wanders far from lessons learned in her Haitian grandmother’s kitchen: to always champion fresh food and fresh ingredients — and a little spice, of course. “In the Caribbean, we cook with lots of herbs and spices,” says Chef Thia about her process. “Every meal is delightful and mouth-watering because we don’t hold anything back.”

Along the way, she never forgets to add a little spice to everything she does, like this Argentinian-inspired steak recipe. She seasons the meat with her signature “Chef Thia’s Spice,” injecting a vibrant blend of fresh flavors.

For the Chimichurri Sauce:

For the Chimichurri Sauce:

PRO TIP: Want to make an easy compound butter? Save your leftover chimichurri sauce and blend it with some soften butter in a food processor. Then roll the mixture in plastic wrap and freeze until you’re ready to use it. 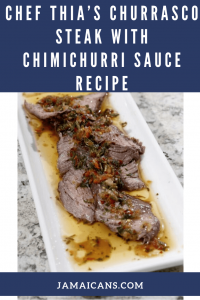