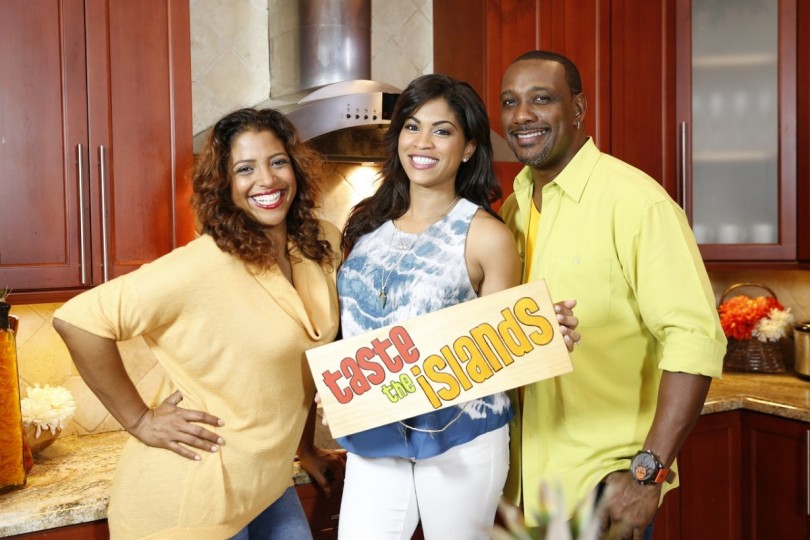 Blondie Ras Productions is excited to announce that the second season of their national hit TV show “Taste the Islands” will begin broadcast in June 2016, Caribbean-American heritage month. The series will continue to air on Create TV and PBS stations around the United States.

“Taste the Islands” has been applauded for bringing added diversity to public television’s culinary lineup, and will continue that tradition in its next offering. The first season found “Taste the Islands” reaching 87 percent of US households, introducing Caribbean cuisine and culture to viewers across the country. In Season 2 the show’s original host, Jamaican Chef Irie, will be joined by Haitian Chef Thia and island explorer Lisa Lee of Cuban-Jamaican heritage.

The new installments also feature Caribbean travel, facilitated by show supporter – the island of Barbados. The show’s audience will visually indulge in native foods and tropical landscapes, and will enjoy cameos by popular Caribbean personalities.

Creator and Executive Producer Calibe Thompson said, “Our team and our national footprint are growing steadily stronger. We could not be more proud of the work we’re doing, sharing our Caribbean traditions with the mainstream audience. We’re excited about the even greater impact we promise to make in 2016.”

The national rollout begins on June 4th orchestrated by series distributor American Public Television. “Taste the Islands” is presented by South Florida PBS affiliate WPBT2 where it will premiere at 7:30PM on June 9th. Watch snippets from  “Taste the Islands” and find traditional and gourmet Caribbean recipes at www.tastetheislandstv.com.

American Public Television (APT) has been a leading syndicator of high-quality, top-rated programming to the nation’s public television stations since 1961. For 10 years, APT has annually distributed one-third or more of the top 100 highest-rated public television titles in the U. S. Now in its 10th year, Create® TV — featuring the best of public television’s lifestyle programming — is distributed by APT. To find out more about APT’s programs and services, visit APTonline.org.

WPBT2 broadens the boundaries of communication, and is an agent for innovation and growth; culturally, socially, economically and historically. Through varied media and technologies WPBT2 extends the reach of the arts and education, connects organizations and institutions across this diverse region, and preserves South Florida’s history, leading the way in this global society.