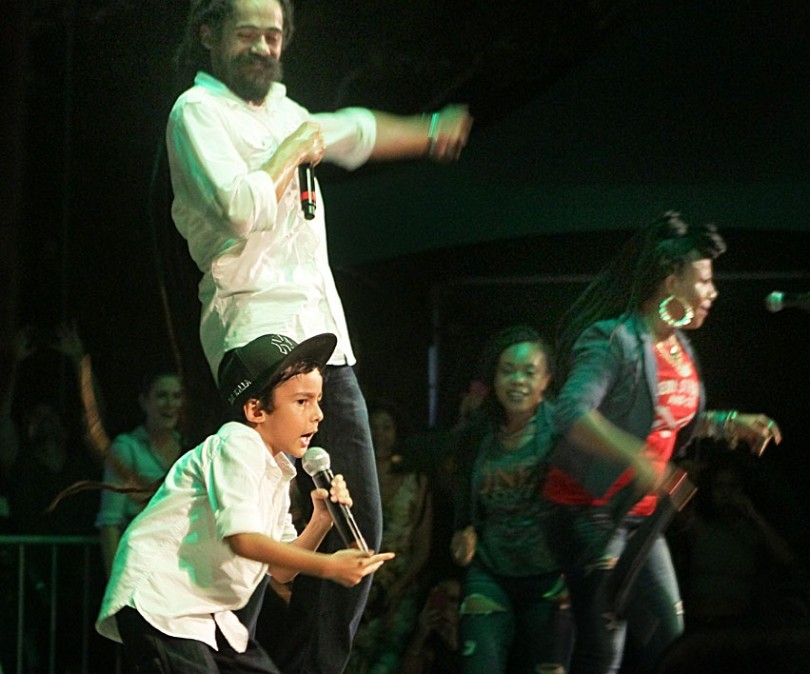 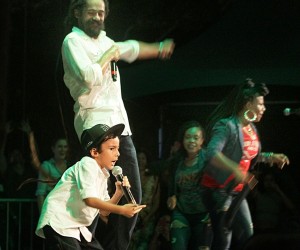 Say what you will about the Marley’s, just refrain from calling them lazy.

Consistently on the entertainment circuit, the benefactors and sons and daughters of reggae legend Robert Nesta Marley seem to be relentless, hard-working and most of all front and present to represent the genre often ignored on high profile billings.

Check it, after performing a memorable set at New York’s Summerstage Concert Series in Central Park, last month where brothers Stephen and Damian Marley introduced their sons Jo-Mersa and Lil Zilla and sister Cedella’s Skip for a rousing musical journey billed to promote their “Catch A Fire” tour, the youngest son of the legend is making a break-through appearance for the genre.

Critically acclaimed as one of the highlights of the season, Tidal X: 1020 at Brooklyn’s Barclays Center booked Damian, the only reggae act to perform on a showcase that not only bills some of the biggest names in pop and hip-hop music but is also staged to promote good vibrations, a sentiment Bob Marley often expressed in song. 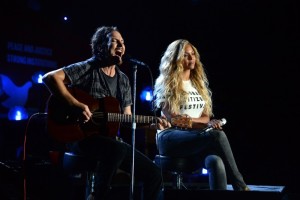 performs onstage during 2015 Global Citizen Festival to end extreme poverty by 2030 in Central Park on September 26, 2015 in New York City.

Super-stars Prince, Beyonce, Usher, Nicki Minaj and a roster of stellar artists are confirmed for the Oct. 19 date recently announced for the mega-concert named for Tidal, the “artist-owned” streaming service launched by Jay Z on March 30 of this year.

The inaugural celebratory event aims at promoting philanthropy with a focus on global issues. From early accounts, proceeds from the concert will be donated to organizations “dedicated to advancing positive community relations and effecting systemic change for the development and sustainability of just societies.”

Also featuring Indochine, Hit-Boy, Fabolous, Thomas Rhette, Lil Wayne and others, Damian AKA the Junior Gong and Gongzilla will be the only talent waving the colors of red, gold and green and most noticeably flashing ankle-length dreadlocks.

An acclaimed entertainer who professes belief in the Rastafarian tradition, perhaps, on this go-round, Marley’s youngest son might duet with pop music’s Queen Bey to sing another telling tune his legendary father wrote and recorded in order to raise funds to benefit the less-fortunate.

The last weekend in September Beyonce stepped up to show solidarity with entertainers dedicated to that same cause.

In sync with ideals promoted at the opening of the 70th session of the General Assembly of the United Nations, she wailed Bob Marley’s “Redemption Song” as the American first-lady, Michelle Obama watched from the sidelines.

It was a momentous occasion when millions witnessed the Global Citizens Festival aired live on MSNBC and other television channels.

Allegedly, the disbursement of the profits from the concert will be overseen by The New World Foundation, a New York-based organization which partners with various philanthropic initiatives.