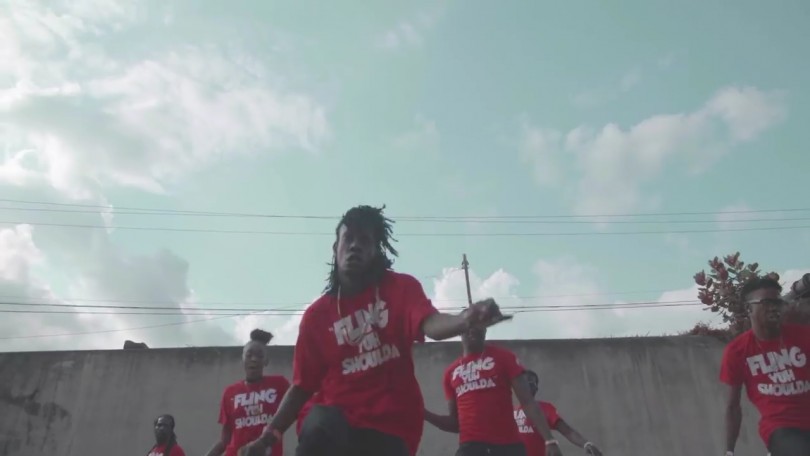 2017 was a crazy year and for the dancehall scene there was no exception. From high energy dance moves capable of causing dislocation to taboo topics that polarized the conversation. Dancehall delivered, living up to expectations. Take a look at some of tracks that dropped like bombs, brought to you by our friends at dancehalljams.com.

Ding Dong’s infectious dance track was one of the hottest of 2017! Be careful not to through your shoulder out of the socket as you follow the instructions duplicating the dance move sharing the namesake of our #10 spot.

The all around favorite crooner affectionately known as “Singy Singy” often moonlights as a Deejay and this time he has a serious message for all “badman” in Jamaica. No matter which garrison you come from, in the end even the baddest of the bad all share one. The graveyard.

Dexta Daps makes possessive sound progressive with his well architected signature graveled way of chiseling the perfect melody. Owner is hot single that brings out the “other side” of the most independent woman who secretly wants to be dominated in the most intimate of ways.

The unruly boss wants the ladies to know that he’s biochemically dependent on the fairer sexy. Aren’t we all Popi? With it’s infectious melody, this one might just leave you addicted too.

Hands down 2017’s “Gangsta anthem” was the collab by the imprisoned Teacha and Gaza boss Vybes Kartel and up and comer on the rise Masicka. The contagious hook states “My dog dem haffi live” meaning that when dem ah hunt fi di food, it’s by all means necessary. Infrared is a warning to anyone brave enough to stand in the way of the pack when it’s on the prowl.

Who doesn’t like Fresh Cash? Mavado sure doesn’t seem to have a problem with it. Try your best not to feel elated as you listen to this money making anthem performed over a riddim that feels as ecstatic as kid from the Gully who grew up to have more money than he could’ve ever imagined. Just don’t spend it all in one place Mr. Brooks.

As a male of Jamaican parentage, I have no comment. That being said the ladies haven’t been anywhere near short of praise for the most controversial track of the year. Taking queue from Kartel and Spice, Ishawna chose to use a popular top 40 track break into the crossover lime light and it looks like it’s paid off. Equal Rights gave the ladies a mouthful last year, hopefully the success won’t get to her head. See what I did there!

Turn Me On is once again proof that if the right someone says the same thing 8 times in a row with the right melody over the right riddim, nothing can go wrong. This one exploded to over a million views less than a week after the video dropped. Konshens surrounded by beautiful whinging women in some secluded tropical paradise? Why not, I could watch it again!

Kartel’s creativity manifests itself in some of the most interesting ways. Verbally answering in the affirmative without using any actual words is a skill most of us acquired at a young age but have taken for granted in our adulthood. In his ode to procreation “Mhm Hmm”, Kartel turns the aforementioned into an art!

Now then, there are those times when you need to use the actual words neglected in our previous pick to express just far in the affirmative you find yourself when the perfect situation arrises. For Aidonia, this is a well constructed party plan with all the trappings that a gentleman of certain discerning tastes could desire. One “Yeah” simply won’t do when 2017’s ultimate dancehall party anthem get’s a hold of you!

Thanks for checking out our top picks for 2017. For all the lastest and greatest in dancehall music in the 24/7, head on over to dancehalljams.com anytime and everytime!