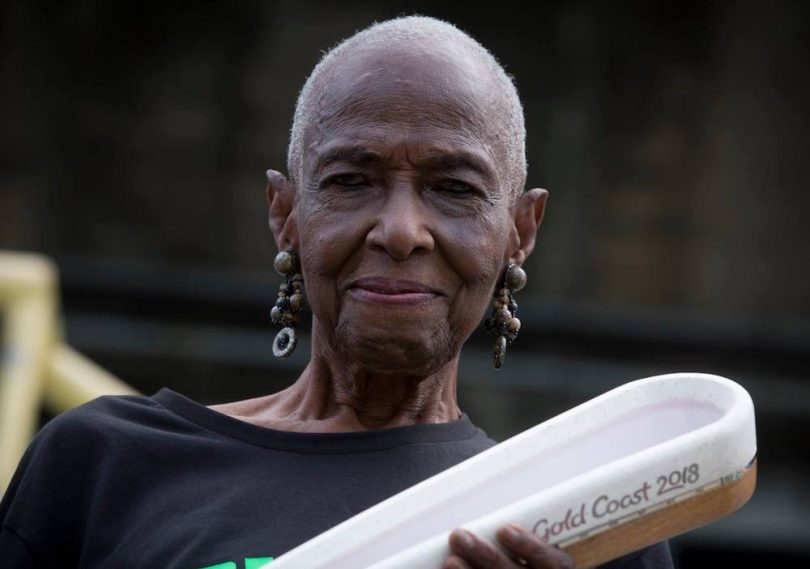 Dr. Cynthia Thompson was a pioneer and had the distinct honour of being Jamaica’s first female Olympic finalist. The year was 1948 and the e Olympic Games – as they were then called – were held in London, England. Cynthia and four other young ladies were sent to London to represent Jamaica. She was selected to take part in the 100m and 200m races.

But let’s back up for a moment. Cynthia attended the St. Hugh’s High School for Girls in Kingston, where she excelled on the track. Always a winner, she never came second in a race. She raced for the sheer joy of it and did not take it seriously. She had prepared for the 5th. Caribbean and Central American Games(CAC) in 1946, by riding her bicycle from home on Hagley Pard Road to Caxton Park, now the Bell Chung Stadium in Rae Town. She made her first international record at Baranquilla, Colombia and took home gold for the 100m in 12.1 seconds and silver for the 200m.

“It (running) was just for fun. We did it without any specific training.”- Dr. Cynthia Thompson

When she qualified for Jamaica’s team for the Olympics, she did not fully understand its importance. Nor did she realise that there were challenges ahead. The first was that the team had to travel by boat to London. There were no flights at that time and the trip took 14 days. Cynthia was seasick on the journey and when she arrived she was still ill and there was not enough time to recover before the start of the Olympics.

But she was determined to try. And she did and managed to qualify for the 100m. placed 6th. in the finals and set an Olympic record in the 200m. Four years later, at the 6th. CAC Games, Cynthia took home gold in the 100m and silver in the 50m.
In 2004, Dr. Thompson was inducted into the Jamaica Amateur Athletics Association’s (JAAA) Hall of Fame for her exceptional contribution to Jamaican sports and in particular, as the first female finalist in the 1948 Olympics. She was also inducted into her alma mater – Tennessee State University’s Hall of Fame. Dr. Cynthia Thompson, a Jamaican pioneer with a passion for running.

Pioneer: A pioneer is someone who breaks new ground, a trailblazer.