Dudus Coke and Portia Simpson Miller Are Not Dead - Jamaicans.com 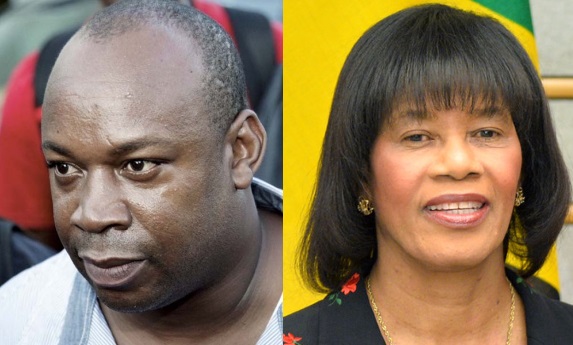 Contrary to a number of fake news reports, Jamaican drug kingpin Christopher “Dudus” Coke, and former Prime Minister Portia Simpson Miller are still very much alive. Social media and other outlets have reported that Coke committed suicide by hanging himself in his cell at the Edgefield Federal Correctional Institution in South Carolina where he is serving a 23-year sentence on federal racketeering charges. A spokesperson for the prison stated that Coke remains at the facility and has not died. In another fake news story, it has been reported that Portia Simpson Miller, Jamaica’s former Prime Minister, was secretly flown to New York City to receive medical treatment and died there. This also is untrue. Simpson Miller is alive and well.