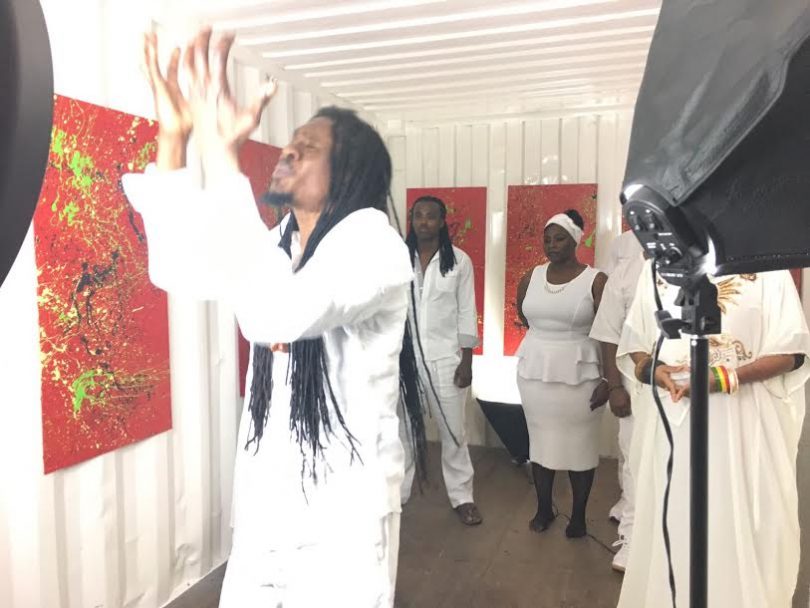 Popular Reggae singer Ras Slick is winning over audiences with his empowering song “No Shackles and Chains.” Released in January, the politically and socially fueled tune is inspiring listeners worldwide, driving home the message that oppressed people will decry all forms of slavery and vow to break free from any chains that bind them. Further strengthening the song’s message is a groundbreaking video, which is pegged for a late March online release, followed by a debut on Caribbean-driven television outlets.

“Powerful, spiritual, reconnecting and bold” are just a few of the ways that the video’s Director A-Roll Productions describes the “No Shackles and Chains” visual. He adds passionately, “I would like the viewers to take away that through unity, there is strength to overcome the trauma of the past, and the unforeseen troubles of the future.”

Filmed just minutes outside of the Nation’s Capital, where political turbulence has sparked international attention, Ras Slick brings “No Shackles and Chains” to life. Consistent with the theme of the song’s cover art, “No Shackles and Chains” was shot over two days, with cameos from a plethora of amazing artists and musicians from the Metropolitan Washington, D.C. area. The talented crooner couldn’t have been happier with the overwhelming support that the artist fraternity has given to this project.

When sharing his thoughts on the “No Shackles and Chains,” Ras Slick says, “This project was created with people and mind. The perfectly aligned song and video encourage all of us to keep moving forward and rising above attempts of the powers that be to enslave us.” “A unified people are a powerful people. This take home message will resonate with all people, whether the oppressor or the oppressed,” the singer adds.

As Ras Slick presses forward with his recording of his “ERA, The New,” which is set for a summer release, he hopes to wake the world “No Shackles and Chains.”