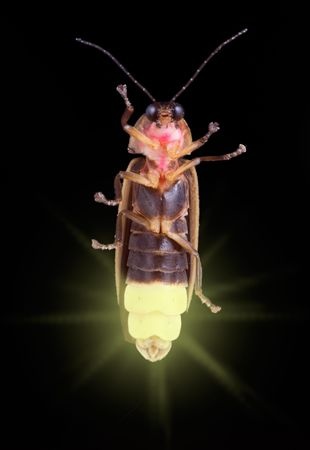 In Jamaica, fireflies are called “blinkies” or “peenie wallies.” These insects have special luminous organs on their bodies that allow them to flash during the mating season to enable males and females to find each other. Females are generally larger than the males and have one lighted segment. Her role in courtship is mostly passive, as she sits quietly in a prominent place while the male flies about looking for a mate. When he nears the female, he flashes his light, and she answers with her own flash. Each species of firefly has its own pattern of flashing, so there is no chance of inter-species breeding. Fireflies belong to the Click Beetle family. There are over 50 species of fireflies in Jamaica.