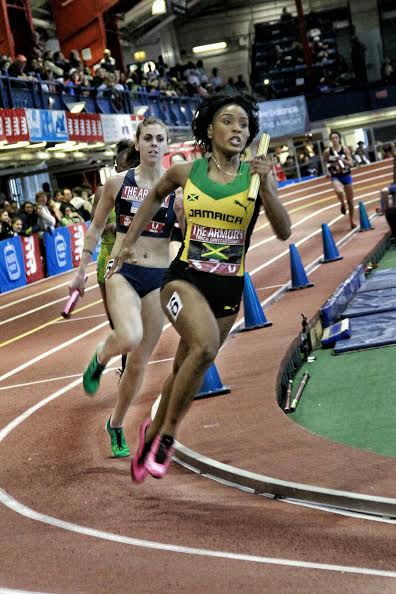 The Jamaica 4x200m women’s team that included Venice Baker, Yanique Ellington, Ladonna Richards and Shavine Hodges stopped the clock at 1 minute 37.80 seconds to secure the all important gold medal at the 17th annual Armory Track and Field Invitational in New York over the weekend.

Victory by the Jamaica female team follows the success of the Men’s 4x200m team that set a National Record in the event at last year’s Armory Invitational. Unfortunately the men’s team did not compete this year as team member Romell Lewis strained a hamstring muscle on Friday night (Feb 3) in his 200m heat, while Ramone Hill, a member of the 4x200m pool, sustained a slight injury on Saturday (Feb 4) prior to the scheduled start of the event.

“The ladies did themselves, the coaching staff and their many fans proud by winning a very competitive an exciting race in a smart time of 1:37.80 running out of lane 6” Team Manager Louie Grant said after the event.

“Unfortunately their male counterparts of Andre Clarke, Rayon Lawrence, Kevahn Rattray and Ramone Hill were unable to defend their title or try to lower the national record because Ramone sustained a slight injury during warm up, mere minutes before taking the track. We are very thankful for the support of the JAAA; Irie Jam Radio 93.5 FM NY; Jamaica Breeze Restaurant in Queens & Golden Krust Pitkin Av in Brooklyn; The NY Hilton & Towers Hotel @ 54th St Manhattan; director of the Armory T&F, Bassett Thompson and The Armory Invitational’s organizing committee.”

Grant said the plan for next year is to invite select high school teams from Jamaica and the Caribbean for the 18th staging. This he noted would provide valuable experience for young athletes from the region. 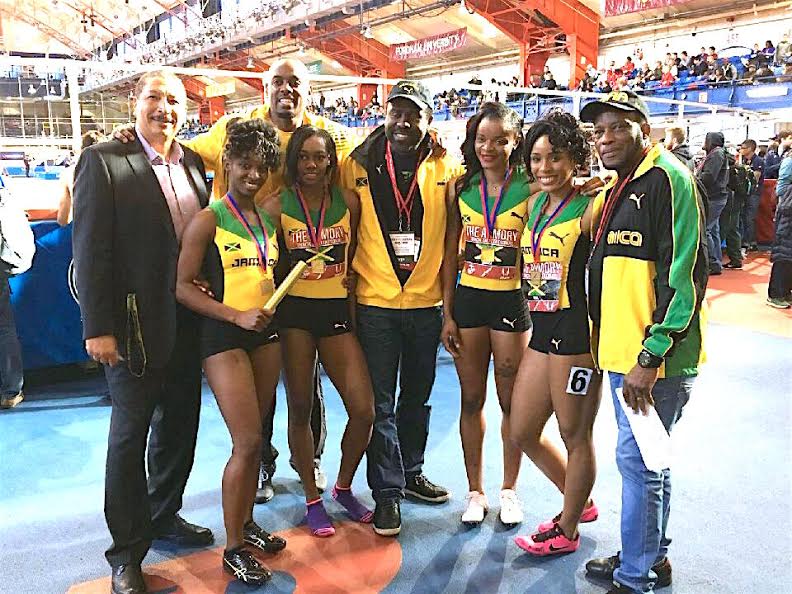 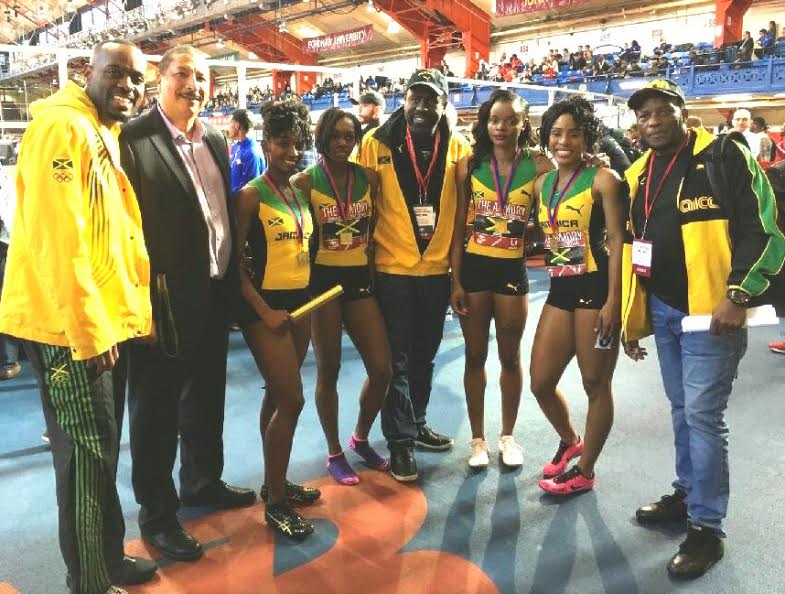 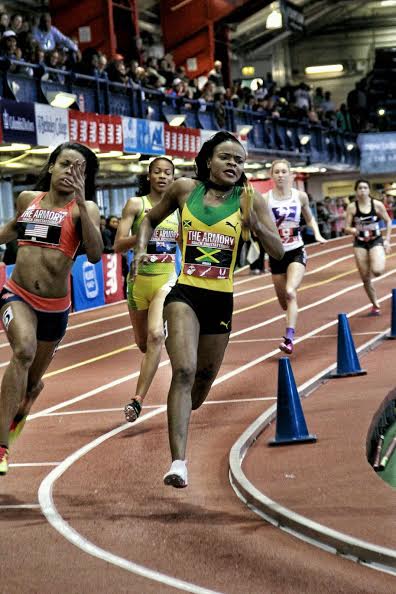 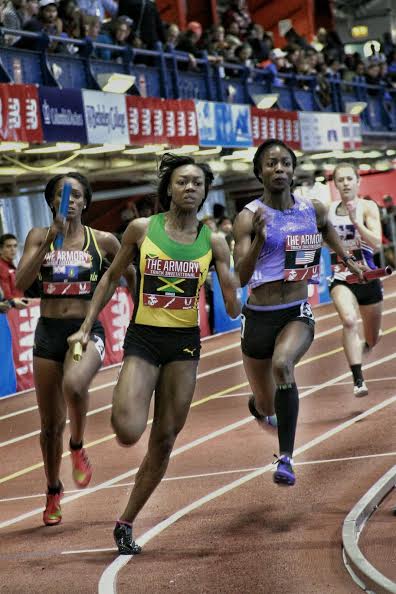