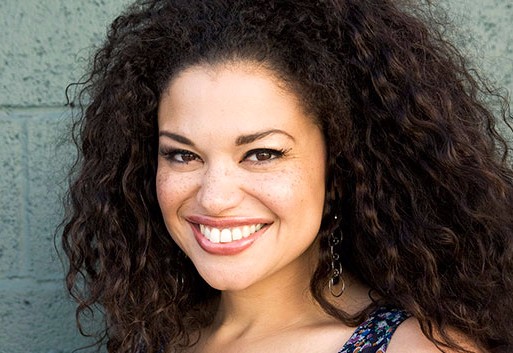 Jamaican-American actress, comedian and writer Michelle Buteau has joined the cast of a comedy pilot on FX created by Seth Rogen and Evan Goldberg. The pilot is set in a future time in which artificial intelligence has outpaced human intelligence, creating major changes in society. The pilot is Rogen and Goldberg’s latest television project, joining “Preacher” on AMC and “Future Man” on Hulu. “Singularity” also stars Damon Wayans as a man looking to experience all the pleasures offered by technology in this future world. Buteau plays his girlfriend. Buleau’s acting experience includes parts in “Broad City” and “Key and Peele” Her “Singularity” character is described as an outspoken woman with strong opinions who knows what she wants and uses technology to get it. Buteau was born in New Jersey; her parents are from the Caribbean (Jamaican mother). She began her career as a comedian shortly after the attacks of September 11, 2001, as a way to deal with the emotions rising from her job at the time, which involved editing hours of taps of the attacks. She was successful as an online comedian, understanding the power of viral exposure for budding actors. She still favors the medium because of the freedom it offers her in creating her comedy. She has made numerous appearances on television series and digital video series. Her TV appearances include Last Comic Standing (2008), Black to the Future (2009), Ladies Night Out (1011), Latino 101 (2011), Lip Service (2012), Kathy (2012), Good Afternoon America (2012),

Michelle Buteau brings a cheeky swagger, unique perspective and big personality to stage and screen. You can catch her co-hosting on VH1’s Big Morning Buzz Live with Nick Lachey weekdays at 9AM. Michelle has been a staple at VH1 appearing on countless I Love The series, Best Week Ever, where she was nominated for a New Now Next Award, and also played the sassy sidekick on The Jenny McCarthy Show. As a comedian, Buteau has toured the country performing at colleges, clubs and comedy festivals. Her television stand-up appearances include the The Late Late Show with Craig Ferguson, Lopez Tonight, Comedy Central and Last Comic Standing. As well as playing Private Robinson on FOX’s critically acclaimed series Enlisted, Michelle is also known as ‘The Crazy Girlfriend’ on Comedy Central’s Key & Peele and Adult Swim’s The Eric Andre Show. Michelle’s dynamic presence both on television and on the stage, bringing an unapologetic frankness to every performance will have you saying “Hey, Girl Hey!” the rest of your day.