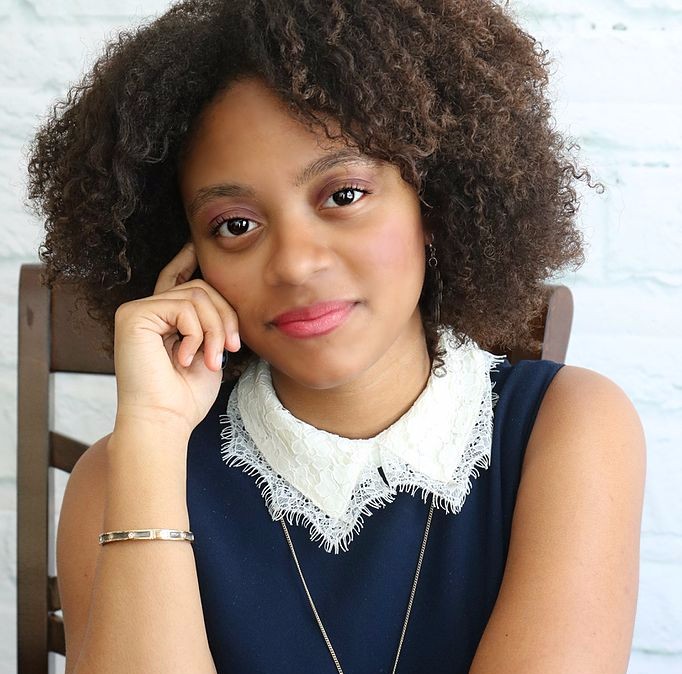 Jamaican American Haile Thomas of New Windsor, New York, who will turn 17 on December 23, received a Young Wonder of the Year award from television network CNN on December 15, 2017. The teen was honored along with four other Young Wonders and the 10 CNN Heroes of the Year at the 11th Annual CNN Heroes All-Star Tribute for her work as a health activist who is leading a new generation toward healthier eating. Thomas brings cooking lessons and education about nutrition to children in underserved areas. Born to Jamaican parents in Dallas, Texas, Thomas said she got her inspiration for cooking from her mother at the age of five.

Thomas is a vegan chef and motivational speaker who uses her experiences of cooking healthy foods with her family as a way to educate children about nutrition. When her father was diagnosed with Type 2 diabetes in 2008, Thomas and her four-year-old sister initiated a YouTube channel called “Kids Can Cook.” She founded The HAPPY Organization in 2013 and currently serves as its CEO. The goal of the organization is to provide information about nutrition to young people through cooking classes, summer camps, and programs in the schools. Thomas started to work at the Canyon Ranch Institute in 2015 as a nutrition science assistant, and in 2016, she partnered with the nonprofit Harlem Grown organization to educate people about urban farming, sustainability, and nutrition. She and her family moved from Arizona to New York in September 2016 so she could expand her business. In 2017, Thomas was the youngest graduate of the Integrative Nutrition Health Coach program at the Institute for Integrative Nutrition.

Thomas has served as a member on youth advisory boards for the Alliance for a Healthier Generation and ChopChopKids and as a Junior Chef Advisor for Hyatt Hotels. She has given TEDx talks, Deepak Chopra’s Sages and Scientists Symposium, The Clinton Foundation’s Health Matters Conference, Partnership for a Healthier America Summit, and the YWCA Women’s Leadership Conference. She has made appearances on “The Today Show,” “Rachel Ray’s Kids Cook-Off,” and “The Dr. Oz Show,” and been featured in “O: The Oprah Magazine, ”Teen Vogue,” and “YES! Magazine.”