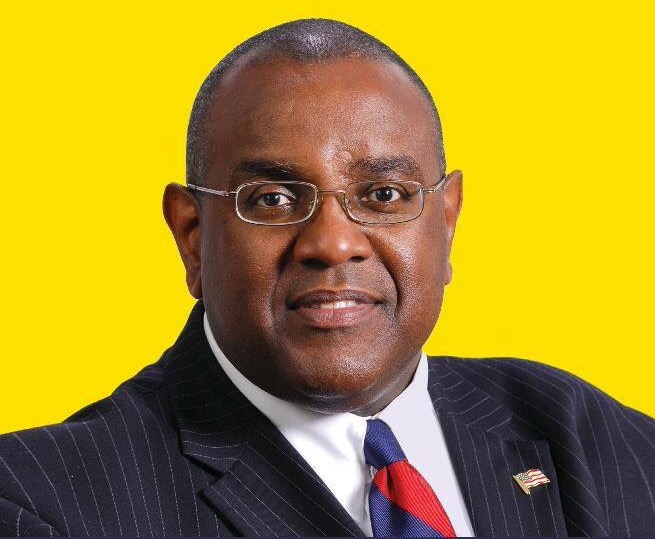 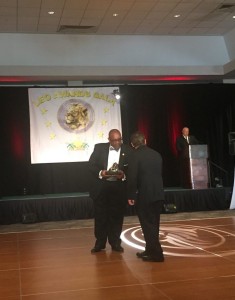 Norman Hemming receiving the Prosecutor of the Year award

Norman Hemming, who was born and raised in Kingston, has been honored with the Prosecutor of the Year Award for 2016 by the Law Enforcement Officers Foundation (LEO) and the Association of Chiefs of Police. Hemming attended Pembroke Hall Primary and then went to Jamaica College. He completed his high school education at Evander Childs High School in the Bronx, New York, where he moved with his parents and five siblings. Hemmings then took a BA degree in Government and Public Administration at Cornell University and John Jay College of Criminal Justice. He worked many jobs to help his mother, a housekeeper in Long Island, to support the family. While driving a gypsy cab in the Bronx, he was robbed by a passenger and received a blow to his forehead from a crowbar that pierced his skull, and scarred him for life. This incident motivated him to make a career as a prosecutor and a champion for justice. He received a scholarship to Howard University School of Law where he received his law degree. Hemmings then worked as an Assistant District Attorney in the Manhattan District Attorney’s Office in New York and spent 20 years working for the federal government in various capacities. He was also ordained a minister of the gospel at Shiloh Theological Seminary in Stafford, Virginia, and is currently on the Pastor’s Council of Cooper City Church of God (formerly Miramar Church of God). LEO, a nonprofit organization established to honor the men and women of the law enforcement community in Miami-Dade County in Florida, makes its prestigious award every year.