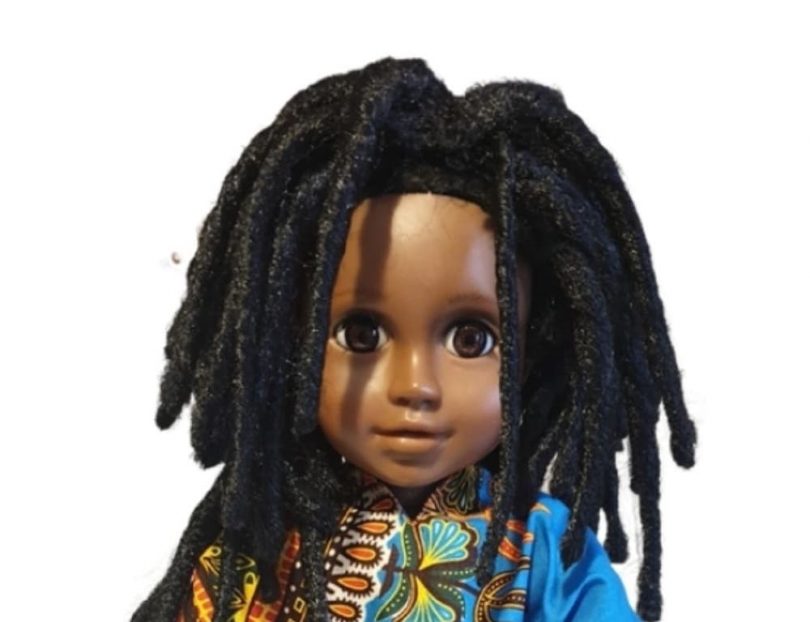 Saffron Jackson, the founder of the Zuree Ltd., an educational products and toy company established to empower ethnic children to feel confident about who they are. Currently focused on creating dolls that represent all skin tones and hair textures, Zuree has introduced Tafari, the first talking and motivational Black boy doll in the world. Toya, was the world’s first Patois-speaking doll. According to Tafari and Toya’s backstory, both are from Jamaica, but Toya migrated to the United Kingdom with their parents while Tarfari stayed with their grandparents on the island. Now, Tafari has joined the family in England. Tarfari is designed to use his speech capability as a positive affirmation to encourage children around the world to achieve their goals and not be deterred by their skin color or social status.

Commenting on Zuree’s latest doll, Jackson told Jamaicans.com “I was inspired to create the Tafari doll after what happened with George Floyd in the USA due to the fact that black boys/men are constantly being attacked, not just in the USA, but in the UK and elsewhere. I want little boys growing to understand that there is hope and they should not allow the system to dictate their path in life. Tafari’s speech is motivational and encourages boys and girls to never allow their ethnicity or social standing to impact on their true purpose in life. Now, with racism being exposed daily, it is important that we use every opportunity to encourage and uplift our kids, especially black boys. It is too easy to lose faith and hope and get dragged into a life of fear and crime. The doll, is aiming to change that.” 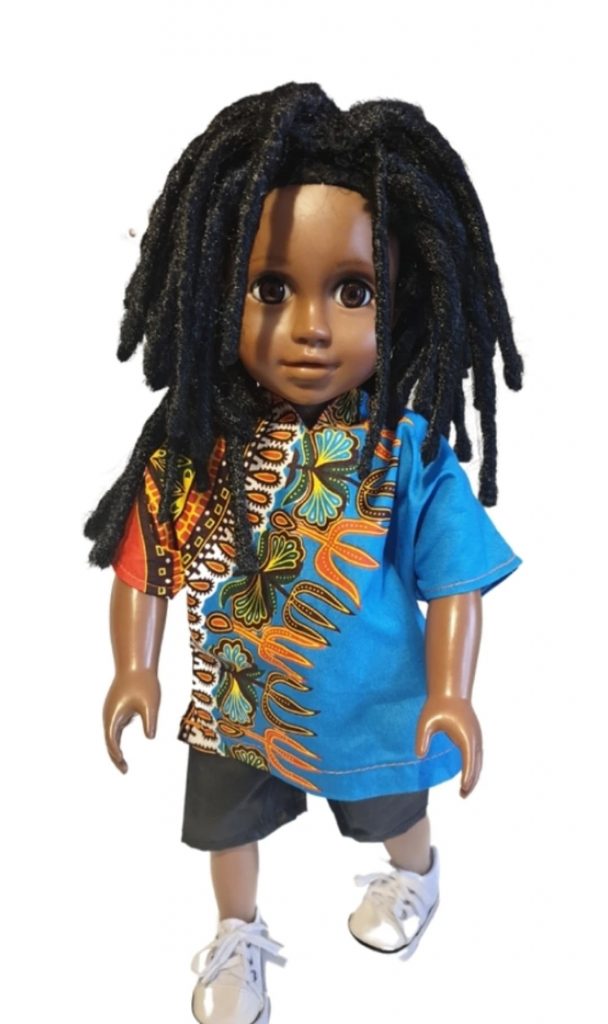 Jackson makes special note of Tafari’s multifunctionality. His dreadlocks are very important, she says, because many children around the world face discrimination because of the way they wear their hair. Tafari is designed to show support for these children and encourages them to feel proud of who they are. In his speech, Tafari emphasizes that no one should be discriminated against because of how they look and that everyone should be proud of who they are regardless of where they are from.

Jackson said ,”I was also moved by the story of the child who was suspended from school in Jamaica simply because of wearing locks. This is the reason I decided Tafari should wear locks. The aim is to encourage those who are facing discrimination because of their natural hair to feel empowered and love themselves just the way they are. The doll’s voice is authentic and is the voice of an actual Rastafarian child called Tafari who is a twin and dub-poet from Jamaica. Tafari and his twin sister Ngozi, alongside their dad are always creating poetic pieces to advocate and highlight the injustices experienced by children across Jamaica. I therefore, thought he would be an excellent voice-over and role model for the doll who got his name.”

In addition to his dreadlocked hair and his speech capability, Tafari has another important feature: his hair is removable. Jackson designed this feature with specific goals in mind. Tafari is more baby-friendly without his hair as hair often “gets in the way for babies.” Also, Jackson recognizes that many children have hair issues such as alopecia or hair loss from cancer treatment that cause them to lose their self-esteem and self-confidence. Tafari honors these children by showing them “they are beautiful just the way they are,” Jackson adds. 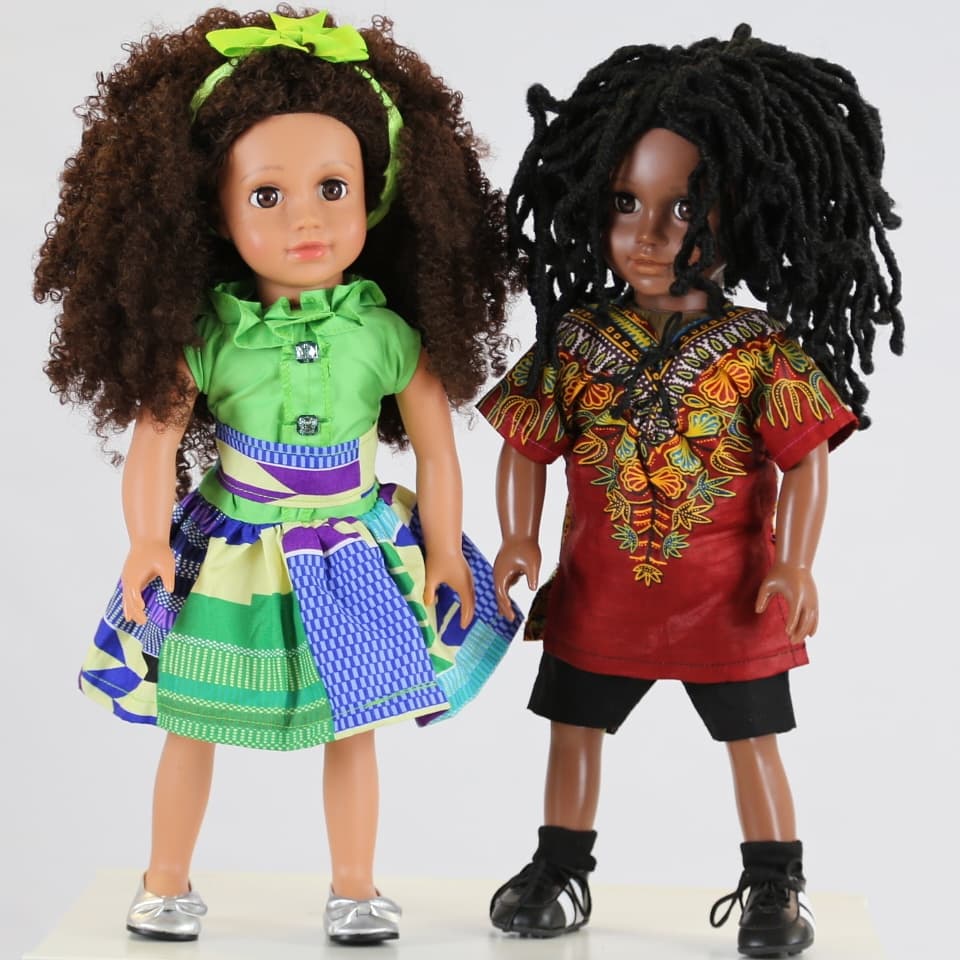 “Tafari, is also quite unique because his locks can be removed which will make him baby friendly but also empower kids who have lost their hair through illnesses like alopecia or cancer. We hope the doll will serve as an encouragement to remind them that they are beautiful even when they have lost their hair”, said Jackson.

Saffron Jackson was motivated to start her company by her daughter Billie-Rae and passion for her Jamaican culture. Born in West Prospect, Bog Walk, St. Catherine, she was raised by grandparents who placed a high value on education. She attended St. Mary’s College, St. Jago High School, Sixth Form at St. Catherine High School, and Shortwood Teachers’ College. She moved to the UK and worked in a sixth-form college for some years. Jackson received the Ambassador of Peace Award from the Universal Peace Foundation (UPF), a United Nations’ subsidiary, in 2009. She was the first representative of Jamaica Diaspora Future Leaders in the UK to have a major role in the organization’s first conference in Kingston in 2009. She founded Jamaica Inspired UK and was vice-chair of the Jamaican Basic Schools Foundation UK for seven years. Jackson returned to Jamaica in 2012, hoping to work in the education sector, but when she was unable to find a job, she returned to the UK in 2013, taking a position teaching English and working chiefly with children with social and emotional behavioral challenges.