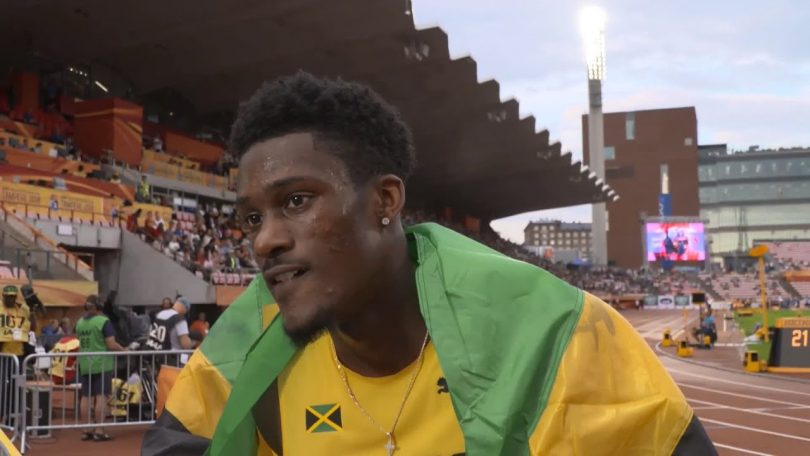 Jamaica’s Damion Dushaun Thomas, Jr., 18, won the 110-meter hurdles title event at the National Junior Trials in Kingston in June of 2018. He ran the course with a time of 12.99 seconds, equaling the World Under-20 record set by Wilhem Belocian of France in 2014 at Hayward Field in Eugene, Oregon. This has now been ratified by the International Association of Athletics Federations (IAAF).

Thomas went on to take the gold medal at the IAAF Under-20 World Championships in Tampere, Finland, in July. The junior height for hurdles is 39 inches, while the senior height is 42 inches. The record set by Thomas was one of seven new marks to be ratified by the IAAF. The others included the men’s decathlon mark of 9,126 set by France’s Kevin Mayer in Talence, France, on September 16, 2018.

Thomas, a sophomore at Louisiana State University (LSU) is a sophomore majoring in biomedical engineering. He previously attended Northeast High School in Florida. He was born on June 29, 1999, and has one brother and one sister. Both of his parents, Damion Thomas Sr., and Duchane Thomas were track and field athletes at Florida A&M. During his prep career at Atlantic Technical College & High School, he maintained a 4.2 grade average.