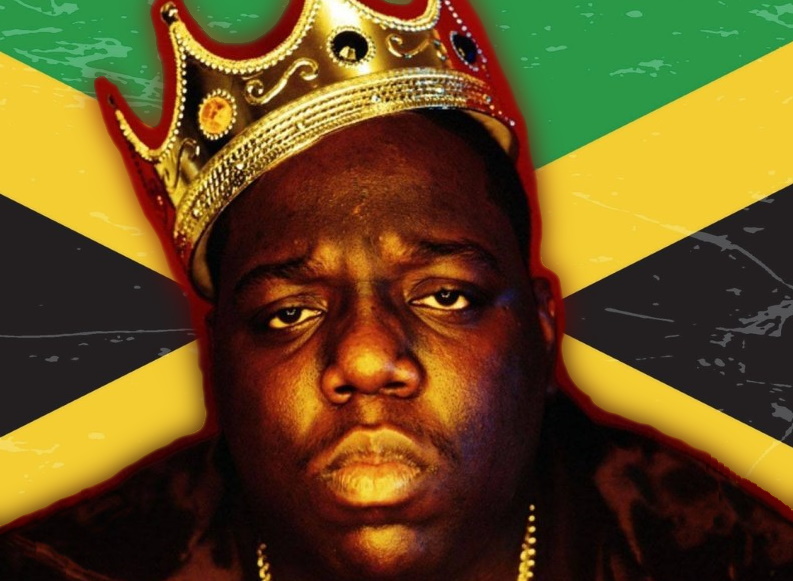 In a BBC Music poll of the best hip-hop songs of all time, rapper Biggie Small was selected No. 1 for his “Juicy” single in a poll of more than 100 critics in over 15 countries as No. 1. The American artist, aka The Notorious B.I.G. to fans, captured the interest of rap and hip-hop fans with his storytelling abilities that highlighted hardship and crime.

Born Christopher George Latore Wallace in Brooklyn, NY on May 21, 1972, his parents, Selwyn George Latore and Voletta Wallace, were both of Jamaican descent. His father was a politician and welder, his mother a preschool teacher. Small is credited with almost single-handedly bringing rap and hip-hop back to the East Coast from Dr. Dre’s West Coast gangsta-funk.

The songwriter, actor, and hip-hop artist was known for his East Coast gangsta rap and including references and slang in his lyrics that were specific to Jamaican music and culture. Dancehall music and uniquely Jamaican patois played a significant role in the lyrics he created and was instrumental in popularizing a variety of Jamaican terms and phrases. He had an innate ability to manipulate language to create intense emotional responses in listeners.

In addition to the BBC Music distinction, Small was named by Billboard as the greatest rapper of all time and Rolling Stone magazine called him the “greatest rapper that ever lived.” He had certified sales of more than 28 million records in the U.S., including 21 million albums.

During his career, Small released four studio albums, two of which were released posthumously. Nine films were made in which he appeared or of which he was the focus, along with four TV appearances. He received seven top awards in 1995 at the Source Hip-Hop Music Awards.

The rich baritone and smooth lyrics of Biggie Small was silenced forever on March 9, 1997 when he was shot and killed in Los Angeles, CA. The murder was never solved.

The BBC Music Poll named the following as the greatest hip-hop artists of all time, including a tie for No. 25.