In spite of the limitations imposed by the COVID-19 pandemic, the 2021 Sundance Film Festival remains a place to find new and exciting talent. The 2021 edition of the festival offers one of the most diverse film lineups in its history. Half of the showcased films are directed by women, and directors of color represent 51 percent of all the filmmakers. Additionally, 15 percent of the directors identify as LGBTQ+, while four percent identify as non-binary. The diversity of the directors is reflected in the perspectives in the stories told on-screen, and a new generation of breakout stars is bringing these stories to life for Sundance audiences.

Among the Sundance breakthrough stars is Donisha Prendergrast, a Jamaican actress, director, and activist who is also the granddaughter of reggae legend Bob Marley. The film “Black Bodies” directed by documentary filmmaker Kelly Fyffe-Marshall was inspired by an incident she and Prendergrast experienced when they were working out of an Airbnb in a California home. They were seen by a white neighbor going in and out of the home, and the neighbor reported them to the police, who came and surrounded the pair with cop cars. The short film, which stars Prendergrast, illustrates the realities of being Black in 21st-century America, and it portrays the pain and fear of the incident in an unforgettable way.

Donisha Rita-Claire Prendergrast, actress, model, dancer and poet, was born on the 29th day of December 1984. She is the granddaughter of Bob and Rita Marley. Her mother is Sharon Marley, and her aunts and uncles include Cedella Marley, Steven Marley, and Ziggy Marley.

During her career as an actress, Prendergrast has appeared in numerous films, videos, and advertising campaigns. She was born and raised in Jamaica, but considers herself “a citizen of the world.” As a child, she toured with Ziggy Marley and the Melody Makers and saw how reggae music was able to cross social and national borders with its message of justice and hope. 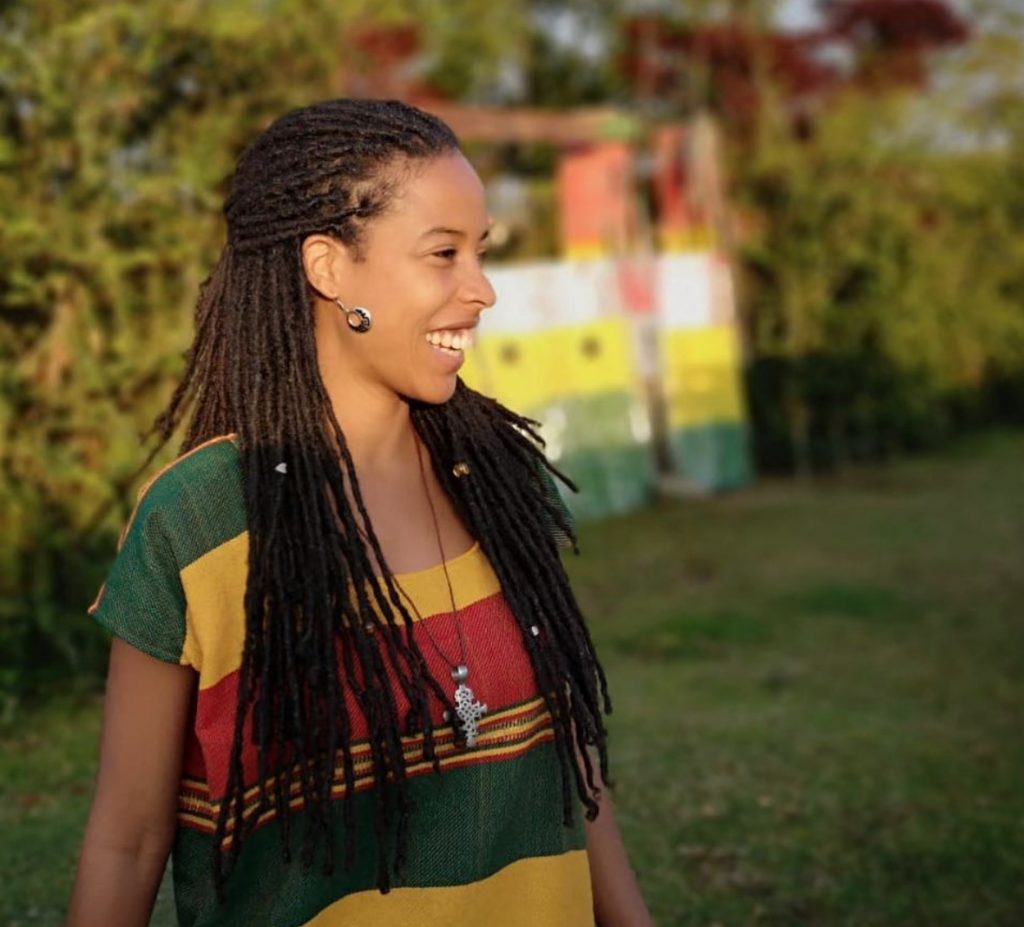 In 2005, her grandmother Rita Marley introduced her as a youth ambassador in Ethiopia for the Bob and Rita Marley Foundation’s Mission: Bob Marley’s Earthday celebration and the Africa Unite Youth Symposiums. Prendergrast realized she had a mission in advocacy and saw she could make an impact worldwide. She has since worked as a speaker and cultural ambassador throughout the Caribbean, Europe, Africa, and North America. She has lectured about the social and political context of Jamaica and was a founding director of Manifesto Jamaica. She is committed to international community work, with a special focus on healing Jamaica via the Faces of Tivoli Gardens Youth Organization, where she has mentored since the violent incidents of May of 2010.