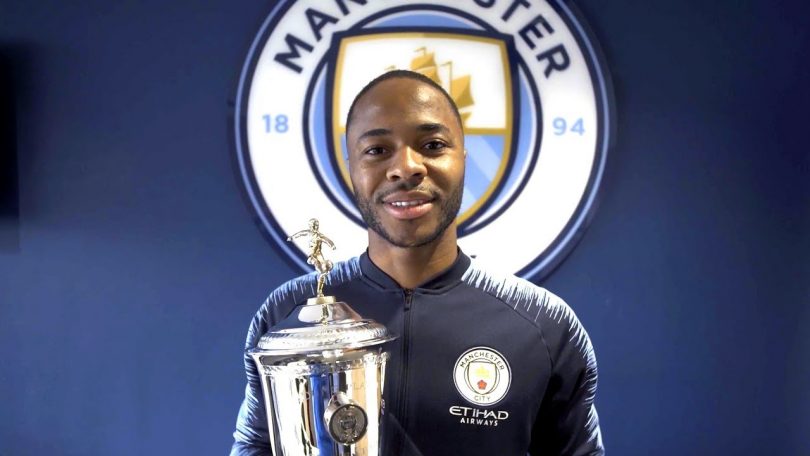 Raheem Sterling of Manchester City was named 2019 PFA Young Player of the Year, receiving the honor at a ceremony in London on April 28, 2019. He received the title only hours after the team again reached the top of the Premier League with a victory at Burnley. In receiving the award, Sterling surpassed his teammate Bernardo Silva, Liverpool’s Trent Alexander-Arnold, Manchester United’s Marcus Rashford, Bournemouth’s David Brooks and West Ham United’s Declan Rice.

Sterling, who is 24, achieved 17 goals and provided 12 assists in 32 appearances to date for Manchester City in the Premier League. When the team won the title last season, obtaining a record 100 points, Kevin De Bruyne had been the most important player. However, he was out due to an injury for much of the 2018-2019 season, and Sterling had taken on the role of talisman as the team matched rival Liverpool blow for blow in a very tight race.

An Englishman, Sterling was born in Jamaica in 1994 and moved to London at the age of five. His career began at Queens Park Rangers. He then signed for Liverpool in 2010, and in July of 2015, after a long dispute concerning a new contract, Sterling was signed by Manchester City in a transfer, said to be worth a potential £49 million. This is the largest transfer amount paid for an English player in history. Sterling was instrumental in helping Manchester City win the Premier League in 2018.