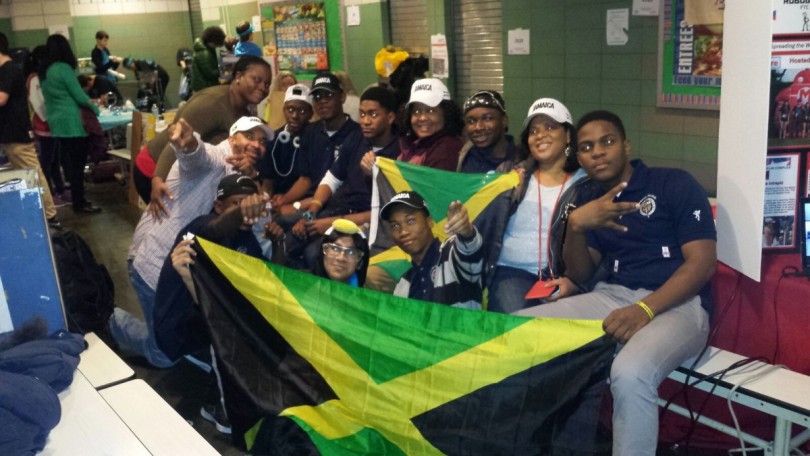 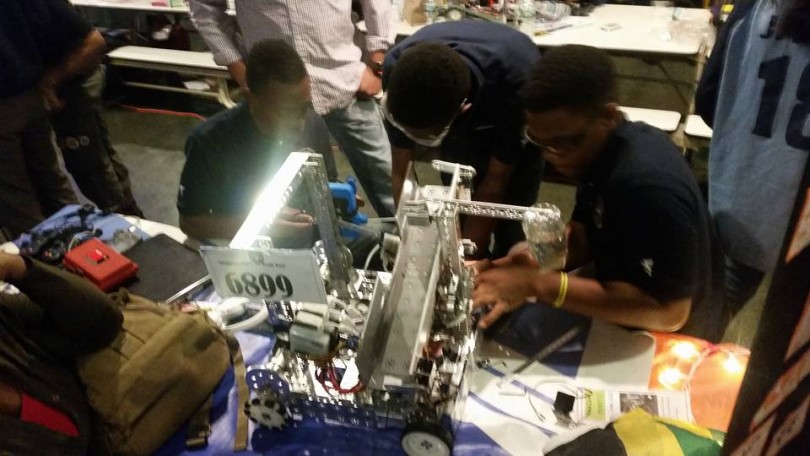 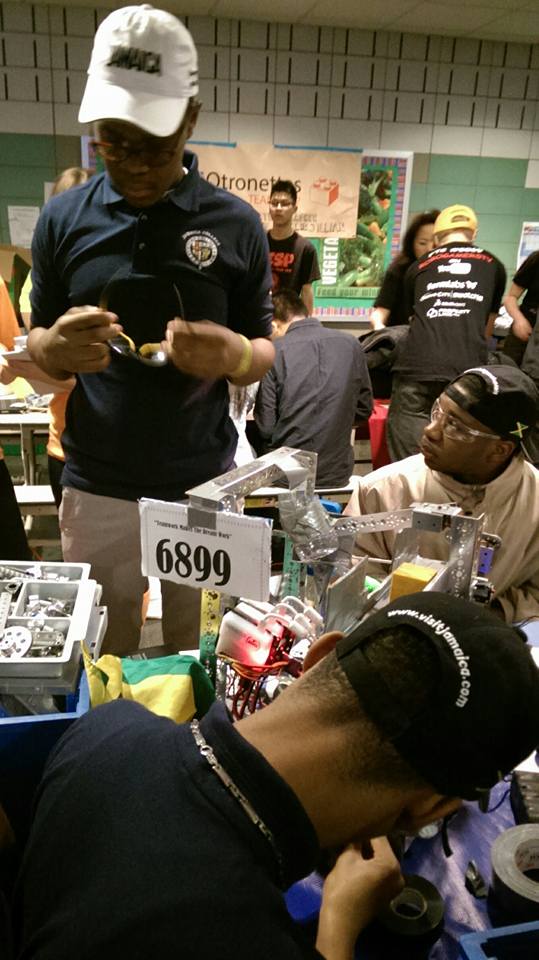 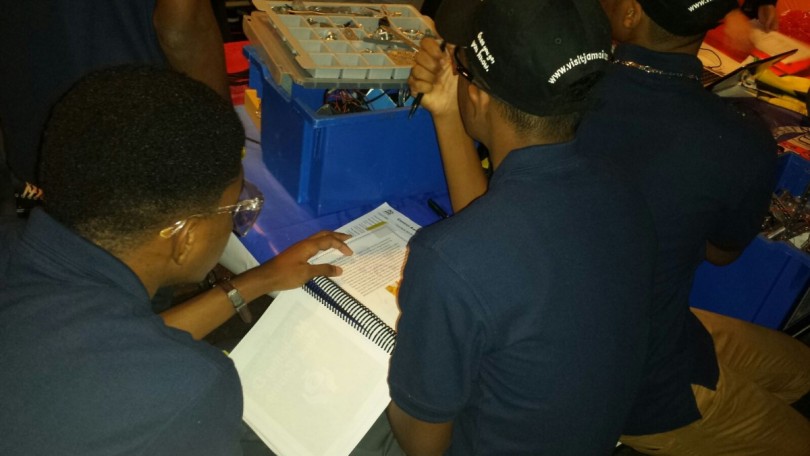 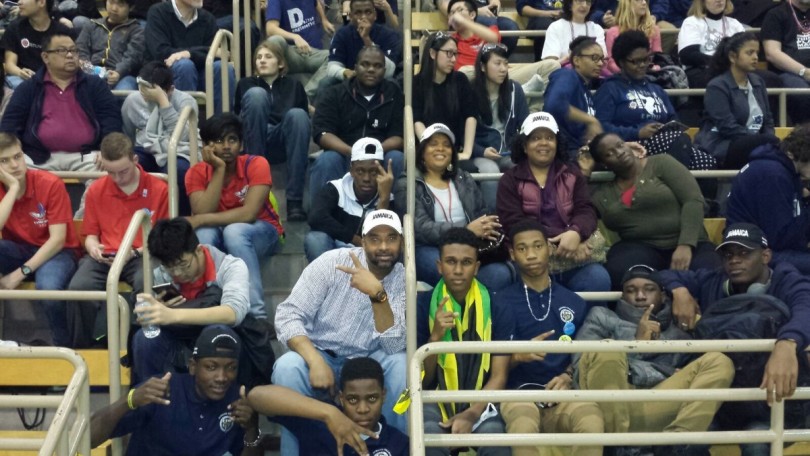 Jamaica College Robotic Team in the stands with family 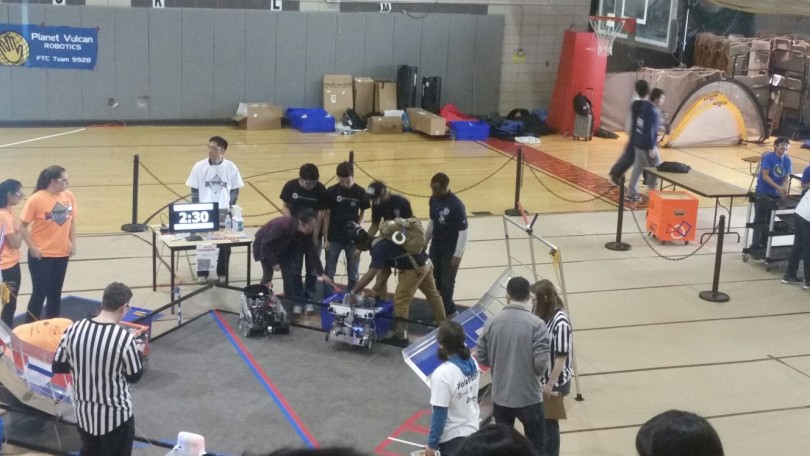 Jamaica College Robotic Team Setting up for a match 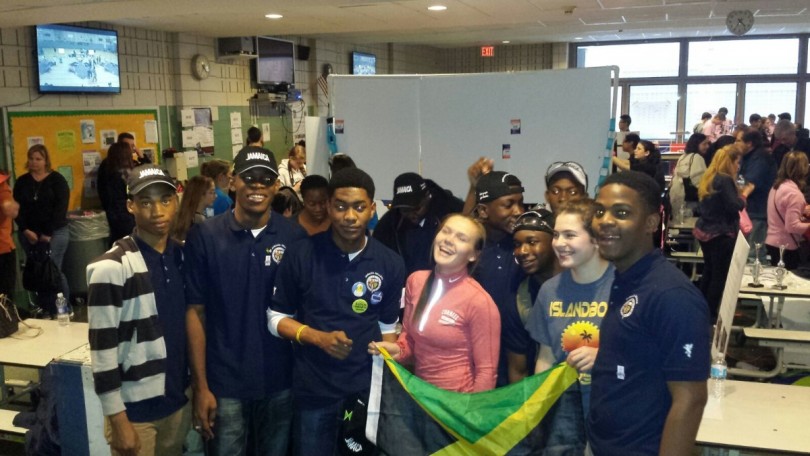 The Jamaica College Robotics Team continued to advance in the First Tech Challenge Robotic competition, winning three of their five matches in New York. The team finished in third place overall, which qualifies them for the Super Regional Championships scheduled to run from March 18 through March 20, 2016, at the University of Scranton in Pennsylvania. The competition comprises teams of 25 or more students between the ages of 14 and 18 in grades 9 through 12 working to build and program a robot that can perform a set range of tasks. The Jamaican team soundly defeated its competitors in three matches: in Match 3, the Jamaicans scored 209 points compared to 87 for the opponents; in Match 4, the team scored 193 to 157; and in Match 5, Jamaica’s team scored 161 to 115. Moving on the Super Regionals are Senior team members Gavin Smith, the team captain; Onari Cowan, Chief Engineer; Shumba Brown, Chief programmer; Marvel Francis, Engineer; and Romar Peart, Chief Marketer. The members of the Junior Team are Dimario Campbell, Team Captain; Akeem Mckenzie, Technical Writer; Marcello Berry, Engineer; Rashied Taylor, Engineer; Carlos Pauling, Marketer; Gavin Samuels, Team Coach; Ms. A McKenly, Faculty Advisor.

The team needs about $14,000 to cover their expenses as they advance to the next round in the competition. Tax-deductible contributions can be made through the nonprofit Jamaica College Old Boy’s Association of Florida.