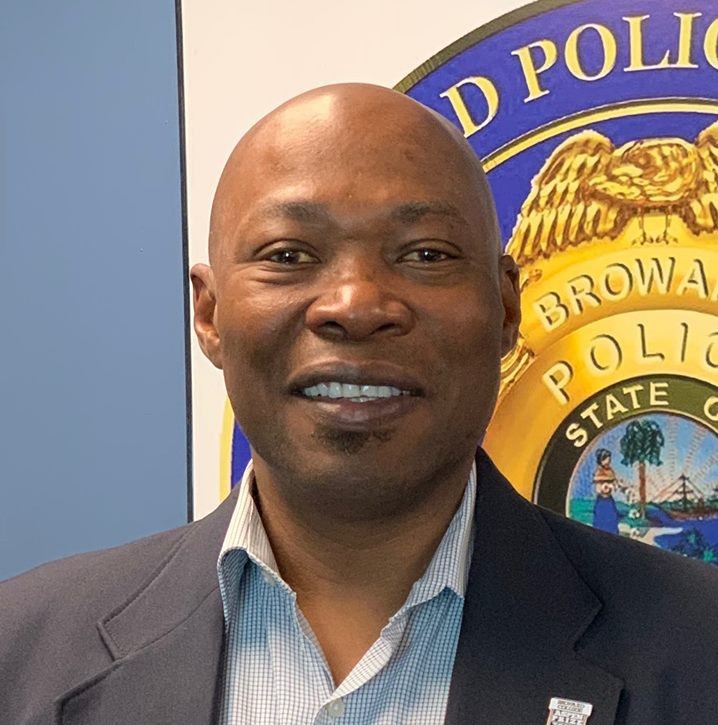 Jamaican Andrew Smalling has entered the race to become Broward County sheriff. The primary election is slated for August 25th. Smalling has considerable experience in law enforcement. After graduating from college, he joined the United States Marines and participated in Operation Desert Shield/Desert Storm. He was recognized with the National Defense Service Medal for his service. He also served in the reserves with Joint Task Force 4 in Key West, Florida/ from 1991 to 1996. In 1996, Smalling was honorably discharged from the Marine Corps where he attained the rank of Major.

After leaving the Office, he was named Chief of Police in the City of Lauderhill and held that position from 2011 to 2015. As Chief, he implemented a philosophy of community policing, taking a multi-faceted approach that utilized officers on bicycle and foot patrols, balanced community liaison officers with more assertive law enforcement, and established a Strategic Enforcement Team, which focused on crimes involving illicit drugs and violent gangs. That led to a significant reduction in drug-related and violent crimes.

Smalling has attained a wide range of skills from his long military and law enforcement experience, including intelligence analysis and school safety. His service on the board at the Broward County Chiefs of Police Association has provided him with first-hand knowledge of policing in the county. Smalling is a graduate of the 238th Session of the FBI National Academy and of the Broward Sheriff’s Office Center for Advanced Criminal Justice Studies Executive Leadership Program.

His stated goal is to improve public safety in Broward County through sensitivity to community needs. He also wants to encourage a more cohesive relationship between the office of the sheriff and the communities served.